Amazon is reportedly working on a successor to its Echo connected smart speaker for release later this year in a clear attempt to one-up Apple and its HomePod speaker, which is due to launch this December.

Sources who saw a working unit spoke to Engadget, claiming that the new Echo will improve on the first speaker "in every way", being shorter and slimmer than the original, with rounded edges and a cloth-like covering preferred over the current Echo's plastic shell and flat ends.

Perhaps unsurprisingly given Apple's focus on the HomePod music experience, Amazon is aiming to significantly improve the sound quality of the next Echo, according to sources. The company's new flagship smart speaker will feature multiple tweeters as opposed to just one large one (Apple's HomePod packs in seven tweeters).

Amazon is also reportedly enhancing the new Echo's far-field microphone technology, but it's not clear how. The current Echo has a seven-mic array, while the HomePod has six and Google Home has two, although the software running the mics significantly dictates their listening quality.

Pricing remains unknown, but Amazon's new Echo is likely to significantly undercut Apple's HomePod, which will retail at $349 and go up against the likes of Sonos in the premium speaker market. The existing Echo costs $180 as a reference.

First impressions of Apple's HomePod were largely positive following its unveiling in June, with journalists agreeing that the 7-inch tall device easily beats the Sonos Play:3 and 9-inch-tall Amazon Echo in terms of pure music playback quality. The HomePod initializes by playing 360-degree audio and listening back so that it can dynamically adjust sound output to fit environmental acoustics. Apple claimed it honed the technology over many years, so Amazon's next smart speaker has plenty to live up to.

levitynyc
I bought an Echo for 90 bucks on Prime day and Apple is trying to get $350 for Apple Home or whatever. Get lost.

Echo does everything I need it to.
Score: 18 Votes (Like | Disagree)

Kabeyun
I must say, it'll certainly be easier to give Echo better sound than to make Siri a better helper.

Here's one of a thousand examples, screen shot from yesterday. Why do I even bother anymore? 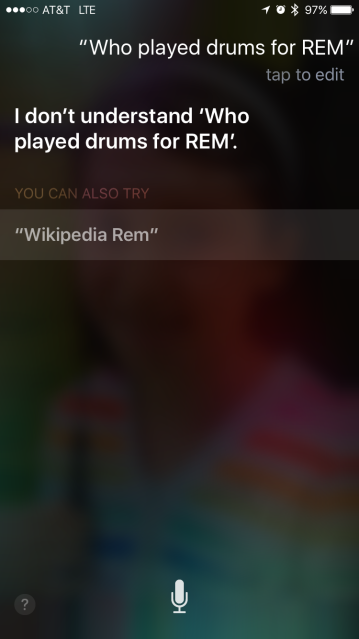 I bought an Echo for 90 bucks on Prime day and Apple is trying to get $350 for Apple Home or whatever. Get lost.

Echo does everything I need it to.

Prime day was 2 days ago. How can you know it can do everything you need it to?
Score: 14 Votes (Like | Disagree)

I must say, it'll certainly be easier to give Echo better sound than to make Siri a better helper.

Here's one of a thousand examples, screen shot from yesterday. Why do I even bother anymore?

I bought an Echo for 90 bucks on Prime day and Apple is trying to get $350 for Apple Home or whatever. Get lost.

Echo does everything I need it to.

HomePod isn’t trying to compete with the Echo, it’s competing with Sonos.
Score: 13 Votes (Like | Disagree)

Prime day was 2 days ago. How can you know it can do everything you need it to?

It plays music, it turns off and on a few lights and it answers questions.

It works a heck of a lot better than Siri has on any of my iPhones.
Score: 10 Votes (Like | Disagree)
Read All Comments