Apple announced a new version of its Metal graphics technology during Monday's keynote at the Worldwide Developers Conference. As part of macOS High Sierra, Metal 2 will officially support external GPUs, allowing any Mac with a Thunderbolt 3 port to benefit from graphics hardware powerful enough to run demanding virtual reality applications and games.

The native VR support in macOS High Sierra also opens up the possibility for Mac owners to hook up VR headsets to their computer for the first time. And in a concurrent related announcement, Steam game platform creator Valve also revealed in a blog post on Monday that it is making a beta version of its SteamVR software development kit available on Mac, offering players the same 360-degree, room-scale tracking as the Windows and Linux variants. 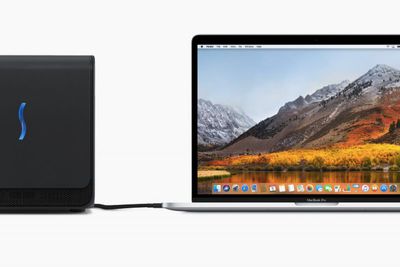 On the development side, we have worked closely with Epic and Unity to make Mac extensions of content built on those engine technologies as simple as possible. Extension tools for those engines, and others, are available as part of this beta.

In addition to the Valve partnership, Apple announced it is also selling its own external graphics enclosure to developers who want to work on graphically intensive VR and 3D applications and games, although Apple noted that external GPU support likely won't arrive for consumers until spring 2018.

Apple's External Graphics Development Kit comes with a Sonnet external GPU chassis with Thunderbolt 3 and 350W power supply, an AMD Radeon RX 580 8GB graphics card, a Belkin USB-C to 4-port USB-A hub, and a promo code for $100 towards the purchase of a HTC Vive VR headset.

The External Graphics Development Kit costs $599 and requires a Mac with Thunderbolt 3 running the latest beta version of macOS High Sierra. The other caveat is that customers have to be a member of the Apple Developer Program to be eligible to purchase the kit.

The kit can be bought directly from Apple's website, although Apple cautions that the HTC Vive promo codes have limited availability and are distributed on a first-come, first-served basis.

lysingur
This is a game changer (pun intended). I think Apple is finally getting serious about gaming.
Score: 38 Votes (Like | Disagree)

Not quite the point, if it is possible to place a GTX1080 in a slim light laptop, why cant apple produce a cutting edge MacBook pro 15 without the need for an external box and a mid range AMD 580 plonked inside?

Because nobody in their right mind would use that on their lap unless they want roast some nuts to go with their covfefe.
Score: 20 Votes (Like | Disagree)

I was basically hoping for this last year, nice to see it getting official support in macOS

Seems to be the existing Sonnet eGPU box plus a USB hub and a voucher?

AMD Radeon cards provide performance boost in FCPX. Adding the Sonnet Breakaway Box + RX 580 ('https://egpu.io/sonnet-breakaway-box-review-cool-quiet/') to a nMP brings BruceX benchmark down to about 16s. Metal games in macOS also take advantage of an eGPU. F1 2016 for example goes from 21FPS (D500s) to 48FPS with this eGPU. 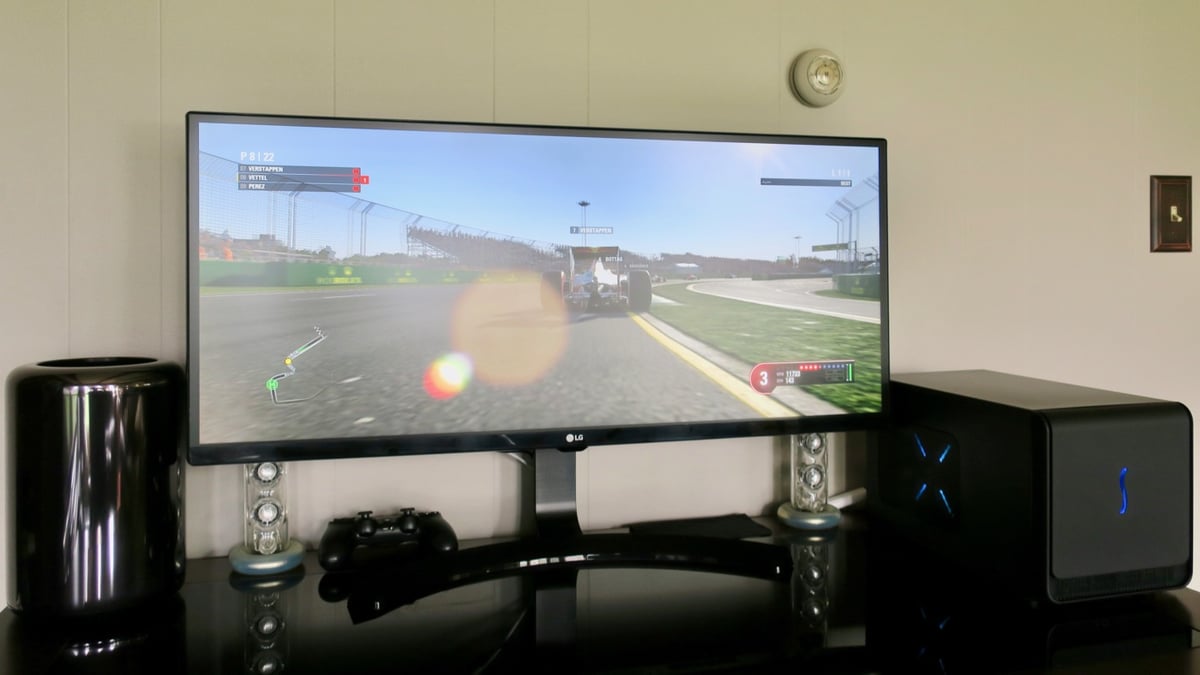 It's getting close to plug and play. Upon plugging the eGPU to a Thunderbolt Mac, macOS notifies it has detected an external graphics card and asks you to log out in order to initialize the drivers. This is far from perfect atm but a very good step in the right direction.

anthorumor
This news made my day. Very unexpected considering it could render high MacBook Pro sales moot if you can deal with an eGPU setup.
Score: 10 Votes (Like | Disagree)
Read All Comments