The Pokémon Company has launched a new iPhone and iPad game revolving around one of the weakest Pokémon ever, Magikarp. 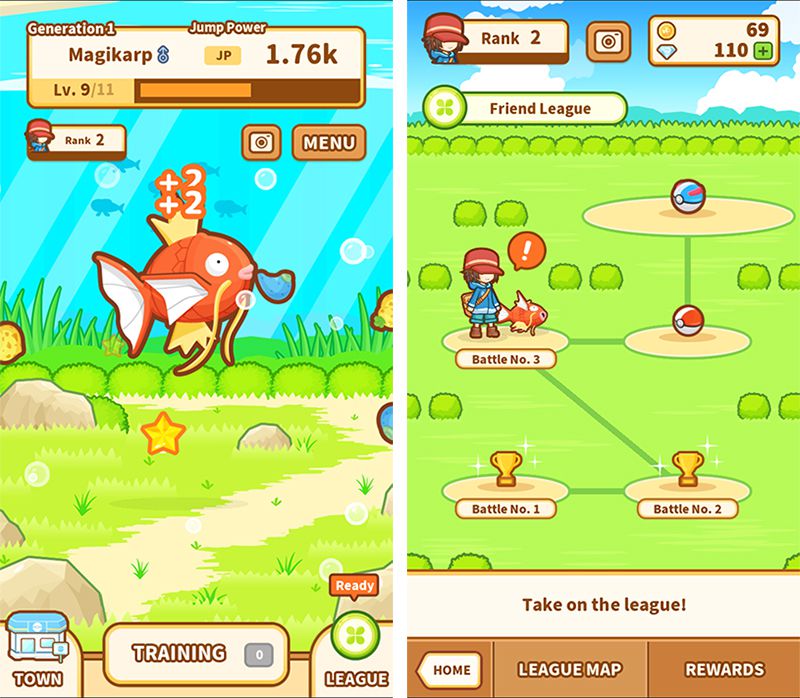 Magikarp Jump, available now on the App Store [Direct Link], tasks players with raising multiple generations of Magikarp by feeding and training them to increase their Jump Power and overall level. Players can then battle—try to jump higher than—other Magikarp in six leagues to increase their personal Trainer Rank.

As a player's Trainer Rank increases, additional food and training upgrades can be purchased from the Town with coins, which are awarded for various in-game tasks such as winning league battles. A higher Trainer Rank also allows players to fish for additional Magikarp with different designs.


Magikarp Jump is entirely free to play, but diamonds are available as optional in-app purchases for players who wish to buy pond decorations and other items that help Magikarps grow and train even faster.

Magikarp Jump is not nearly as sophisticated as Pokémon GO, but with a number of achievements to complete, it's a decent way to pass the time on a train ride home or a lazy Sunday afternoon. You'll also see other classic Pokémon such as Pikachu and Pidgeotto appear at times for a bit of nostalgia. 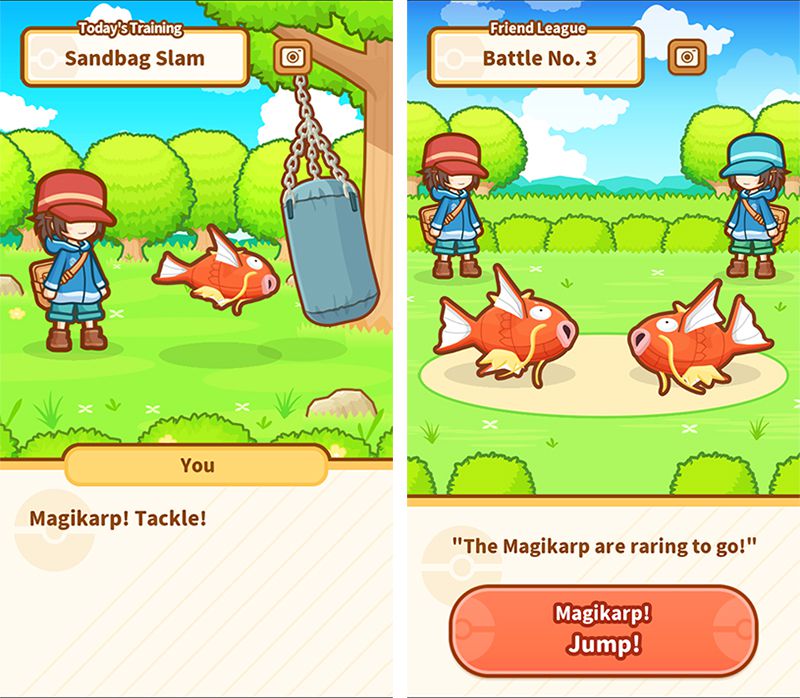 Magikarp Jump is a free download on the App Store [Direct Link] for iPhone and iPad.

Of all the Pokémon they could've chose…


...they went for the coolest one. No Magikarp hating on my watch! :D
Rating: 4 Votes

...they went for the coolest one. No Magikarp hating on my watch! :D

I could settle for doing it on your phone.
Rating: 2 Votes

coffeemadmanUK
I still wish they would release the full Gameboy style games on iOS.
Rating: 2 Votes


Why not Switch? Remaking a DS game for 3DS seems a bit pointless to me. 3DS has backwards compatibility so you could just play the original. Plus 3ds graphics are crap so it would be a wasted effort in my opinion.
Rating: 1 Votes
[ Read All Comments ]