Ford said customers with Wi-Fi-enabled vehicles can set up their vehicle to receive the update automatically. SYNC 3 version 2.2 can also be downloaded from the Ford Owner website and installed with a USB drive, or customers can visit any Ford dealership to have the update process completed for free.

CarPlay brings Maps, Phone, Messages, Music, Podcasts, and a number of third-party apps like Spotify to a vehicle's dashboard. Apple's in-car software can be controlled with Siri and a vehicle's built-in controls for convenient access to common iPhone features. It's compatible with iPhone 5 and later.

DotCom2
I wonder if Toyota/Lexus IS ever going to cave?
Score: 5 Votes (Like | Disagree)

briley1975
As an owner of a 2016 Ford Fusion I can easily confirm that this update is NOT available on ALL 2016 Ford models. You must have the correct Sync 3 HARDWARE already installed from the factory and not the previous Sync version (i.e. My FordTouch). The Siri Eyes Free feature (added last year maybe?) works really great on the older system, but you can NOT simply upgrade the software and magically get Carplay in your vehicle. It's completely dependent on the newer hardware (which was not yet used in ALL 2016 Ford Models). Sucks but true. Now... you can pay big $$$$ and get the new hardware online and have it installed, and then upgrade to Carplay, but again...$$$$. 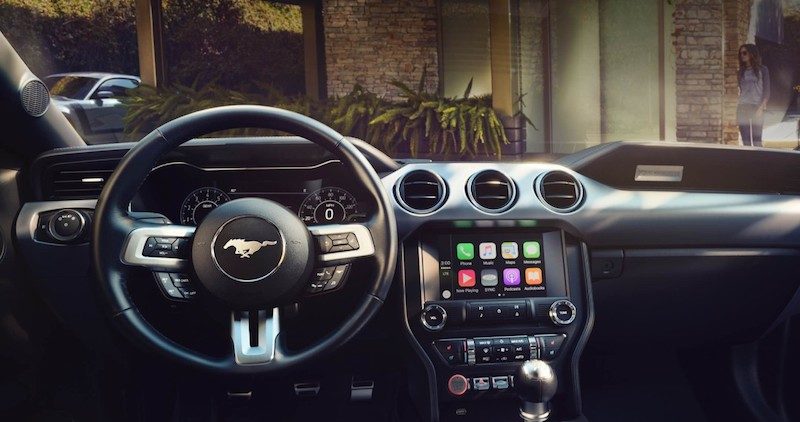 Ford said customers with Wi-Fi-enabled vehicles can set up their vehicle to receive the update automatically. SYNC 3 version 2.2 can also be downloaded from the Ford Owner website ('http://owner.ford.com/') and installed with a USB drive, or customers can visit any Ford dealership to have the update process completed for free.

Last summer, Ford made CarPlay and Android Auto available in all of its 2017 vehicles with SYNC 3 ('https://www.macrumors.com/2016/07/25/carplay-all-2017-ford-vehicles/'). At the time, it promised it would bring CarPlay and Android Auto to its 2016 model year vehicles by the end of the year, and while it missed that target by about five months, the update has now arrived.

CarPlay brings Maps, Phone, Messages, Music, Podcasts, and a number of third-party apps like Spotify to a vehicle's dashboard. Apple's in-car software can be controlled with Siri and a vehicle's built-in controls for convenient access to common iPhone features. It's compatible with iPhone 5 and later.

Old Muley
Toyota? Are you listening?
Score: 3 Votes (Like | Disagree)

v0lume4
If I had a Mustang GT (pictured), the only music I'd need was the sound of that glorious V8 engine.
Score: 3 Votes (Like | Disagree)

Great news for me! Hopefully Ford will extend CarPlay to 2015 and earlier vehicles as well.

It won't happen, hardware does not allow for it. According to Ford.
Score: 3 Votes (Like | Disagree)

cyberlocke
Is is just me, or is does the Mustang pictured have a manual transmission?! I love it! Long live the H!
Score: 2 Votes (Like | Disagree)
Read All Comments

Monday March 1, 2021 6:44 am PST by Sami Fathi
Apple faces a new class-action lawsuit that accuses it of deliberately releasing iOS updates that slowly reduce the performance of an iPhone, forcing customers to upgrade their devices. The lawsuit comes from the Portuguese Consumer Protection Agency, Deco Proteste (via Marketeer), which in a statement says that it will proceed with a case against the Cupertino tech giant because it...
Read Full Article • 254 comments

Monday March 1, 2021 7:50 am PST by Joe Rossignol
iPhone 13 models will all feature a smaller notch, while the two Pro models will be equipped with low-power LTPO display technology for a 120Hz refresh rate, analyst Ming-Chi Kuo said today in a research note obtained by MacRumors. Several other sources have previously claimed that some iPhone 13 models will support a 120Hz refresh rate, including display industry analyst Ross Young, leakers ...
Read Full Article • 78 comments

Sunday February 28, 2021 9:26 am PST by Frank McShan
The team behind the "unc0ver" jailbreaking tool for iOS has released version 6.0.0 of its software, which can allegedly be used to jailbreak any device running iOS 11.0 through iOS 14.3 using a kernel vulnerability. The unc0ver website describes how the tool has been extensively tested across a range of iOS devices running various software versions, including an iPhone 12 Pro Max running iOS ...
Read Full Article • 89 comments