Apple's so-called "iPhone 8" with an OLED display and wireless charging is widely expected to cost in the neighborhood of $1,000 in the United States, and Wall Street analysts continue to guess just how much it'll sell for. 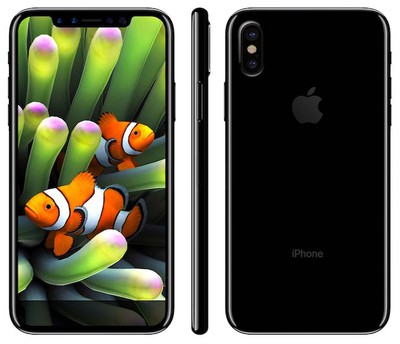 iPhone 8 concept by Benjamin Geskin
The latest prediction comes from Goldman Sachs analyst Simona Jankowski, who today said she expects the rumored high-end iPhone to be available in 128GB and 256GB storage capacities for $999 and $1,099 respectively. Unlike the iPhone 7, she doesn't believe the iPhone 8 will be available in 32GB.

An excerpt from her research note distributed today:

Relative to the 128GB iPhone 7 Plus, we estimate the new features and higher commodity prices to increase the bill of materials by over $70, which we expect Apple to offset via a $130 price increase, resulting in a starting price of $999 for the 128GB capacity and $1,099 for the 256GB capacity (we don’t expect the iPhone 8 to come in 32GB).

Apple's most expensive smartphone to date is the iPhone 7 Plus with 256GB of storage, which retails for $969 in the United States.

UBS analyst Steven Milunovich shared entirely different pricing expectations last month, so it's clear that analysts are simply guesstimating. He thinks the iPhone 8 will come in 64GB and 256GB storage capacities for $850-$900 and $950-$1,000 respectively. His research note didn't mention 32GB or 128GB models.

The takeaway here is that the iPhone 8 will likely be very expensive. The device's exact price tag is likely privy only to Apple at this point, however, so treat any estimate with a healthy dose of skepticism for now.

Goldman Sachs raised its 12-month price target for Apple's stock to $170, up from $164, based on strong iPhone 8 expectations.

kerrikins
When I see posts like this I always wonder whether it's Apple testing the waters or easing people into the idea.
Score: 89 Votes (Like | Disagree)

rawdawg
Get ready for the backlash from people sick of Apple pandering to only the wealthy and elite. I myself am buying my first PC this weekend, I can't afford Apple anymore (especially for what they offer now: form > function) and am happy to finally downgrade. I feel we're reaching a tipping point with Apple.
Score: 77 Votes (Like | Disagree)

lexvo
If the touch-ID sensor is on the back, I won't buy it.
Score: 59 Votes (Like | Disagree)

BootsWalking
Apple's first ad for the iPhone 8 will show customers being hung upside down to pry loose any spare change they have left in their pockets.
Score: 56 Votes (Like | Disagree)

Neepman
Anything less than 64GB is a waste of time as apps continue to be bloated messes done by kids who couldn't write slimmer code if you threatened to pour hot lead up their bum.
Score: 41 Votes (Like | Disagree)
Read All Comments