EA has announced a new free-to-play version of The Sims is coming to iPhone and iPad, six years after The Sims Freeplay – a simplified version of the original – launched on the mobile platform.

Called The Sims Mobile, the game looks like it will be the closest mobile approximation yet of the hit franchise, being based on The Sims 4 "legacy challenge" mode, in which players build and maintain a family across generations according to a set of self-imposed rules. 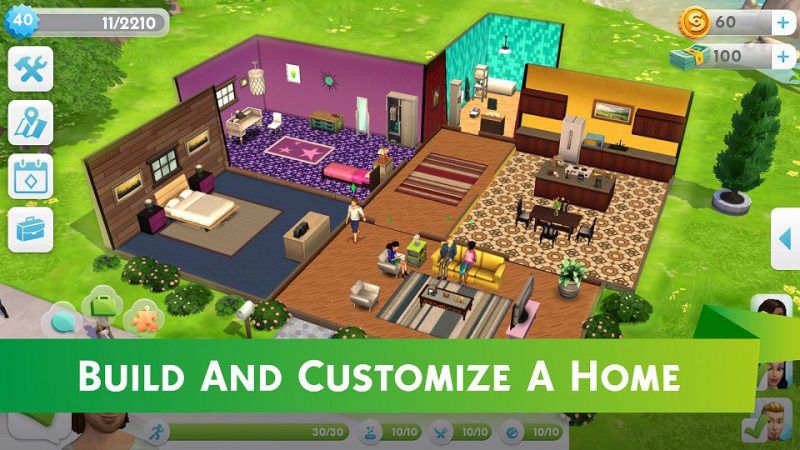 Like other games in the franchise, players will guide sims through life, establishing relationships, building homes, advancing through careers, and conquering goals.


The Sims 4 on Mac and PC continues to have a healthy fanbase. Yesterday EA revealed that the game's number of monthly active users jumped 33 percent year on year.

The Sims Mobile for both iOS and Android launches in Brazil today and should start rolling out globally soon after.

farewelwilliams
can i just get the full version of one of the real "the sims" game? would gladly pay $20.
Rating: 10 Votes

Solomani
I wonder if it will be a pay up front game, or a "freemium" type of game.

mac1984user
If it's anything like their latest SimCity for iOS, expect a freemium model that loses its lustre after about 20 minutes of gameplay when you have to spend money or wait hours for the materials necessary to continue.
Rating: 1 Votes

Jimmy James
I bet it'll end up being free or cheap, but costing hundreds of dollars per month to play with vigor.
Rating: 1 Votes

can i just get the full version of one of the real "the sims" game? would gladly pay $20.

No. We don't want your measly $20. We want your much more substantial $100's of dollars. You won't even miss it because we'll take it a little at a time. -EA & most every other mobile game maker.

So it's like a simulated version of the full games? They should have called it 'Sim The Sims'.