Aspyr is set to release action-adventure game Mafia III for Mac on Thursday with support for Apple's Metal API, according to MacGamerHQ.

The open-world game developed by Hangar 3 is the third installment in the Mafia series to offer both third-person perspective gaming and a cover system, featuring melee combat, character interrogation, and more. 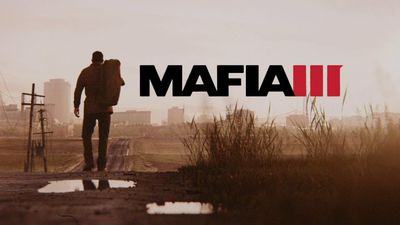 The game is set in 1968 New Bordeaux – a re-imagined version of New Orleans – which is ten districts big and larger than both Mafia and Mafia II maps combined. Players take control of Lincoln Clay, a Vietnam War veteran on a quest to seek revenge for his adopted family, murdered at the hands of local mobs.

The game will be available on Steam and the Mac App Store for $39.99, but interested gamers should take a good look at the minimum system requirements below before ordering, as the graphically intense Mafia III looks set to be a demanding game.

Your brand new Mac mini is technology from 2014 with integrated graphics which won't run a graphically intensive game anyway.
Score: 4 Votes (Like | Disagree)

mr.bee
I love how once in a while the lack of graphic power in macs comes up.

Apple doesn't care even tho the gaming business is huge.
Score: 3 Votes (Like | Disagree)

The majority of Macs fail this requirement. An external GPU is a good workaround for those who need a more powerful graphics card. Here's a 2011 Mac mini paired with an AMD Radeon R9 Fury ('https://egpu.io/external-gpu-desktop-mac-mini-r9-fury-x/').

If it's integrated graphics, then yeah, I wouldn't expect it to run "big" games...
Score: 2 Votes (Like | Disagree)

keithdoc
Don't feel bad. You could have paid through the nose to find the ONE configuration option in your iMac or MacBook that has dedicated graphics card, and still be disappointed with frame rate / performance.

At least this isn't a PORT!
Score: 2 Votes (Like | Disagree)
Read All Comments