Tuesday May 9, 2017 9:45 am PDT by Joe Rossignol
Apple CEO Tim Cook and COO Jeff Williams have been named to TIME's list of The 20 Most Influential People in Tech Right Now. 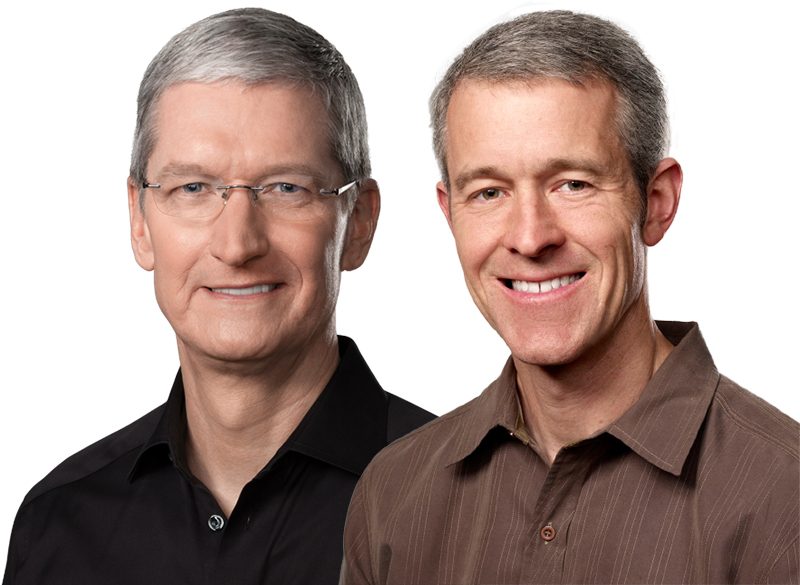 Cook ranked fourth for his "nearly unmatched influence over the technology world" as head of the world's most valuable company.

Anything Apple does is bound to be copied by a seemingly endless number of rivals, meaning his choices will reverberate far beyond One Infinite Loop. Today, Apple is rumored to be experimenting with everything from advanced artificial intelligence to augmented reality and self-driving vehicles. Given Apple’s role as tastemaker extraordinaire, how Cook decides to move forward with any one of these projects will shape the future of the consumer technology landscape.

Williams ranked 17th for his "no small task" of overseeing Apple's entire supply chain since 2010 as Cook's right-hand man.

Cook may be the public face and chief decision maker at Apple, but Jeff Williams is second in command. An Apple veteran who’s been with the company for nearly 20 years, Williams is often referred to as "Tim Cook's Tim Cook." He was named chief operating officer in late 2015, a post previously held by Cook, and has been overseeing Apple's entire supply chain since 2010, no small task given the complexity of the company’s hardware operations. Williams also oversaw development of the Apple Watch, the company’s first new product category during the Cook era and a sign he’s closely involved with new projects.

Naraxus
If by influential they mean neglecting a product line for 5 years & coasting on the legacy built by his predecessor then yes, I would agree.
Rating: 32 Votes

Michaelgtrusa
I know how this thread is going to play out.
Rating: 26 Votes

justiny
And now to watch the MacRumors forum spew their hatred for TC and Apple's impending doom.
Rating: 16 Votes

dmylrea
What was it that Cook influenced in the technology world?
Rating: 16 Votes

esk
most influential in running apple into the ground. The wolrd just doesn't know it yet.
Rating: 10 Votes

576316
I'm not sure how Tim Cook is influential apart from being the CEO of the world's most valuable company. Steve Jobs was influential. Tim Cook is just a numbers guy. If anything, he's holding the company back from its true potential.
[doublepost=1494347621][/doublepost]

Below Elon Musk as he deserves. Musk is the closest thing to Jobs in the current industry


Elon is the closest person to Jobs alive today. He WILL change the world. Tim Cook will not, he's just a very rich man who gets even richer every time somebody buys one of his company's shamefully overpriced sub par products.
Rating: 9 Votes

Michaelgtrusa
The only names that should be on this list are those from companies that natively created something. I see at least 2 names that i would remove.
Rating: 8 Votes

thekeyring
Tim Cook doesn't get any credit for the good things Apple does, but whenever someone is unhappy with Apple they blame him!
Rating: 8 Votes

And now to watch the MacRumors forum spew their hatred for TC and Apple's impending doom.

Meanwhile, the moderators of Macrumors: