Amazon today announced the expansion of its popular Echo line with the $200 Amazon Echo Look, a device that packs in all of the typical Echo functionalities and adds on a hands-free camera with built-in LED lighting that can give users an edge on their wardrobe choices. With Echo Look, users can take full-body photos and videos using their voice, and view the content on the connected Amazon iOS and Android apps.

Thanks to the Echo Look's depth-sensing camera, users' outfits pop in the foreground while the background is blurred, making it easier to see what they're wearing. Photos can be saved to an ongoing "look book" that will log what users wear every day so as to not duplicate outfits, and the pics can be shared easily on social networks or through texts. Taking a video allows users to quickly replay the clip on their phone so they can see their outfit from every angle in the moment, making it easier to decide on what to wear. 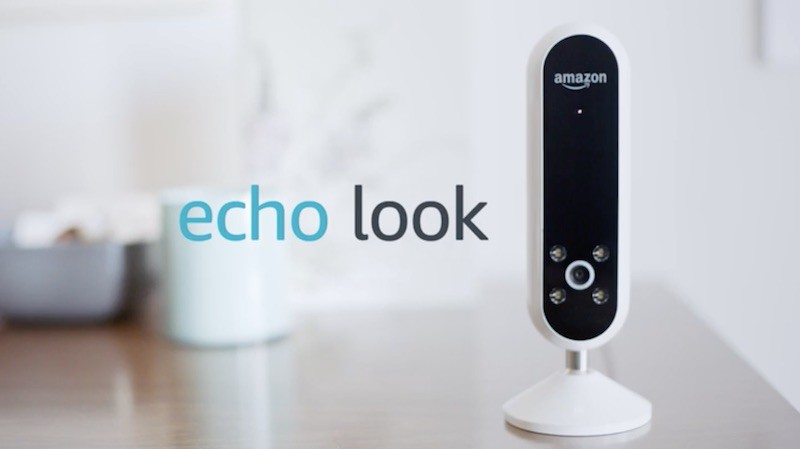 With Echo Look, you can take full-length photos of your daily look using just your voice. The built-in LED lighting and depth-sensing camera let you blur the background to make your outfits pop, giving you clean, shareable photos.

Get a live view in the Echo Look app or ask Alexa to take a short video so you can see yourself from every angle. View recommendations based on your daily look and use Style Check for a second opinion on what looks best. And, because Alexa is built in the cloud, she’s always getting smarter—and so will Echo Look.

Echo Look also comes equipped with a machine learning feature called Style Check, allowing users to take two pictures of two separate outfits and compare the two in order to make the best choice. Combined with advice from fashion specialists, Style Check gives users a percentage bar of what outfit works better in the moment, and what fits better on each individual user.

Otherwise, Echo Look functions like any other Echo device. Users can set alarms, listen to the news and audiobooks, get traffic alerts, control their smart home devices, check the weather, and more. With the launch of Echo Look, Amazon now sells the Echo in three iterations: the traditional Echo ($179.99), the Echo Dot ($49.99), and the new Echo Look ($199.99). An official release date for the Echo Look has not yet been announced, but users interested can sign up for an invitation on the device's Amazon page.
Tags: Amazon, Amazon Echo
95 comments

strayts
I just don't trust Amazon at all in terms of having a camera and microphone in my house at all times. No way.
Score: 15 Votes (Like | Disagree)

BurgDog
I though they were going for an AI gay friend who would give brutal but correct fashion advice. I think there would be a real market for that if someone could pull it off.
Score: 13 Votes (Like | Disagree)

Tinmania
Okay this is not creepy at all. Right, Alexa??
Score: 11 Votes (Like | Disagree)

HoosBruce
This is actually a thing? Kinda strange...
Score: 8 Votes (Like | Disagree)

mytdave
Are people really this vain?
Score: 8 Votes (Like | Disagree)

CmdrLaForge
Other people use mirrors or ask their spouses on how they look
Score: 7 Votes (Like | Disagree)
Read All Comments