WhatsApp users on iOS can now ask Siri to read to them their latest messages when they go handsfree, following the latest update to the chat app.

Version 2.17.2 brings the feature to users running at least iOS 10.3 on their devices, along with some other tweaks and updates to the messaging platform.

In the My Updates screen, it's now possible to select multiple statuses at once and forward or revoke them, and the old Voice Call icon has been replaced with a "+" icon, which when tapped displays a list of contacts for making both voice and video calls.

Elsewhere, the two-step verification interface has been redesigned to make it easier to set up, while the Group Info, Contact Info, and Calls sections have also received interface overhauls to make them simpler to use. The camera now also remembers its last state of usage.

Lastly, support for the Persian language has been added to the chat service.

WhatsApp is available as a free download on the App Store for iPhone. [Direct Link] 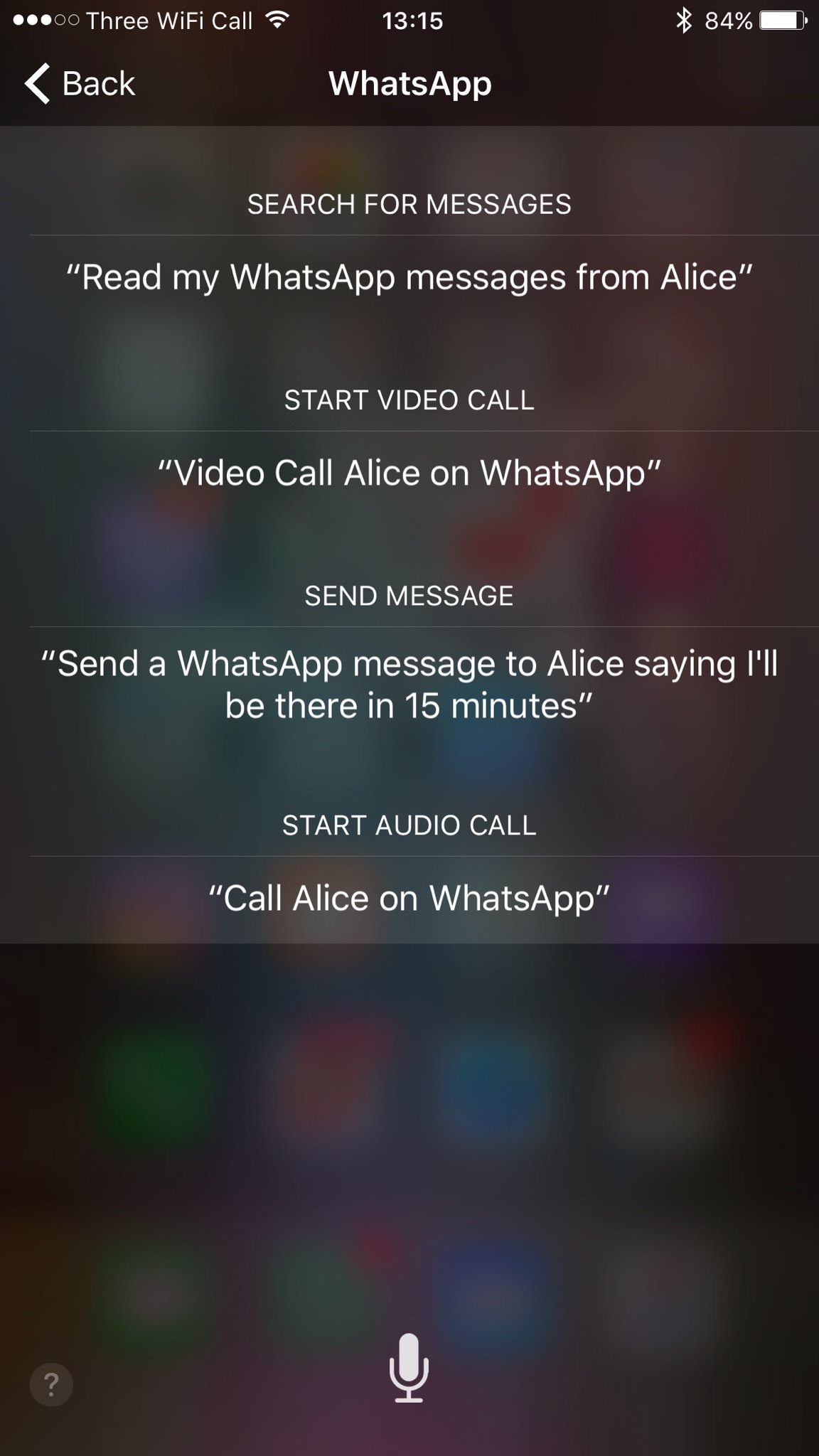 icallmydmicrosoft
ok, so siris answer to the average macrumors user will sound like this:

"Michael wrote: Our weekly Bashing-Apple-Gettogether will take place on Sunday in my parents house, which I still reside in despite being 34 years old"

sorry for this exaggeration :D
Score: 2 Votes (Like | Disagree)

Abazigal
What's the command to activate Siri to do this? Can't seem to get it to work on my iPhone.
Score: 1 Votes (Like | Disagree)

Wednesday August 17, 2022 9:51 am PDT by Juli Clover
Apple is aiming to hold its first fall event on Wednesday, September 7, reports Bloomberg's Mark Gurman. The event will focus on the iPhone 14 models and the Apple Watch Series 8. The standard iPhone 14 models are expected to get few changes, but the iPhone 14 Pro models will include updated camera technology, the removal of the notch in favor of a pill-shaped and hole-punch cutout, an A16...
Read Full Article • 199 comments