Monday April 17, 2017 11:05 am PDT by Juli Clover
Apple today seeded the third beta of an upcoming iOS 10.3.2 update to developers, one week after seeding the second iOS 10.3.2 beta and three weeks after introducing iOS 10.3, which included features like a new Find My AirPods feature and Apple File System. Apple has also released a minor iOS 10.3.1 update, which focused on security improvements.

Registered developers can download the third iOS 10.3.2 beta from the Apple Developer Center or over-the-air with the proper configuration profile installed. 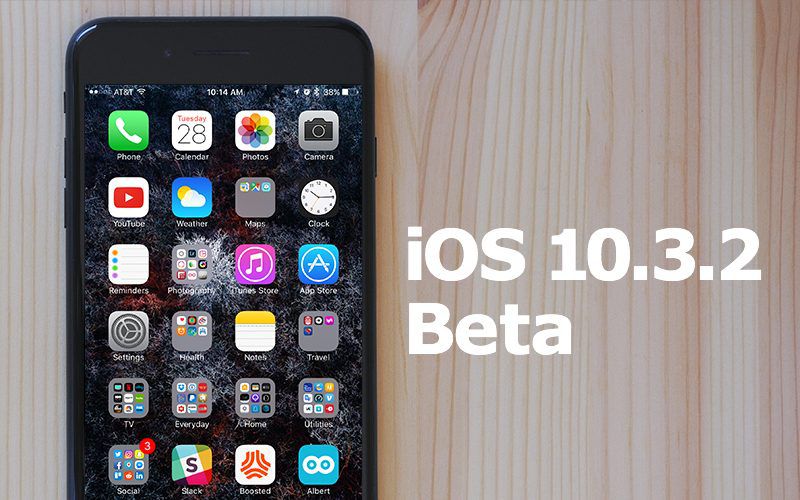 Apple doesn't typically provide detailed release notes for its iOS updates, so we don't yet know what features, improvements, or bug fixes might be coming in iOS 10.3.2, aside from some fixes for SiriKit car commands, outlined in the release notes for the first beta.

As a minor 10.x.x update, we can expect iOS 10.3.2 to offer bug fixes and performance improvements rather than outward-facing features. No notable features were found in the first two betas, but if anything new is found in the third iOS 10.3.2 beta, we'll update this post.

scar88
anyone have the screen saver from the picture?
Rating: 3 Votes

ChrisChaval
Will this fix the "incorrect password" issue when trying to connect to some Wifi networks ?
Rating: 3 Votes

Zimmy68
The devs all sat around a table and asked, "Are we ready to turn on dark mode"?

Fine, it is settled, put out a new beta, just change the number.

The devs all sat around a table and asked, "Are we ready to turn on dark mode"?

Fine, it is settled, put out a new beta, just change the number.

Clearly not a developer.
Rating: 3 Votes

It's actually not related to the status of your dev account at all. Perhaps you've installed the watchOS or tvOS profile, because they won't complain and will install without issue. I would: delete the profile you just installed, redownload/reinstall the profile ensuring it is the one for iOS and reboot again. I'm fairly certain it'll show up for you after that.

Sadly, same thing. Deleted profile, rebooted. Installed profile, rebooted. 14F5075a still shows to be most recent. Thanks for the replies and suggestions though! Greatly appreciated!
[doublepost=1492453748][/doublepost]I'm good! Stupidity on my part! I wasn't paying attention to which apple.com link I was pulling up on my browser and it was directing me to the public beta downloads and not the developer.apple site. Thanks for all the suggestions!
[doublepost=1492454854][/doublepost]Boooooooo! This beta doesn't fix the GPS issues the last beta caused. I didn't realize how much I rely on the phone's GPS until it quit working while I was in Colorado visiting a friend.
Rating: 2 Votes

Battery life is 1600% better and Safari is way snappier. In fact, this beta gives your 5s the performance of a 7 Plus. o_O

You know what? This beta is incredible! My battery actually lasts much longer!
Rating: 2 Votes

FyerFyer
I am so pleased to see battery life is improving as my iPad Air and iPhone 6s' time are completely down the pan. Safari is also a bit crappy as it WhatsApp.

Sure! Anytime I use any of the map apps they don't act right. Google and Apple maps will both show my current position and then starts flickering and displays me being in my actual current location and then bounces me to another location. Waze will show my current location but starts off saying "Seeking GPS. Try going outdoors..." followed immediately by "No GPS. Showing approximate location". Voice guidance on all three cease to work entirely.


I think this is likely a hardware issue. I had the same issue develop with my iPhone 7. After conversations with apple support, and through the Feedback App, they had me install a new profile that allowed them to collect detailed hardware data as I used various map-related services. It was eventually determined that the GPS was not functional. They replaced my on warranty iPhone 7 with a brand new iPhone 7.
Rating: 1 Votes

kasakka
Could you please start putting all these "Apple seeds x" into a single post? It shows up as pretty spammy in my feeds.
Rating: 1 Votes