Apple has posted a Mother's Day gift guide on its website with many of its usual suggestions, ranging from the iPad Pro and Apple Pencil to the Apple Watch Series 2 and BeatsX wireless earphones.

Rainshadow
We bought my mother an Apple Watch last Mother's Day not knowing how much she would use it or even like it, but she still wears it daily. She doesn't even carry her phone on some days but she always has that watch.
Score: 3 Votes (Like | Disagree)


Apple has posted a Mother's Day gift guide ('https://www.apple.com/shop/gifts') on its website with many of its usual suggestions, ranging from the iPad Pro and Apple Pencil to the Apple Watch Series 2 and BeatsX wireless earphones. 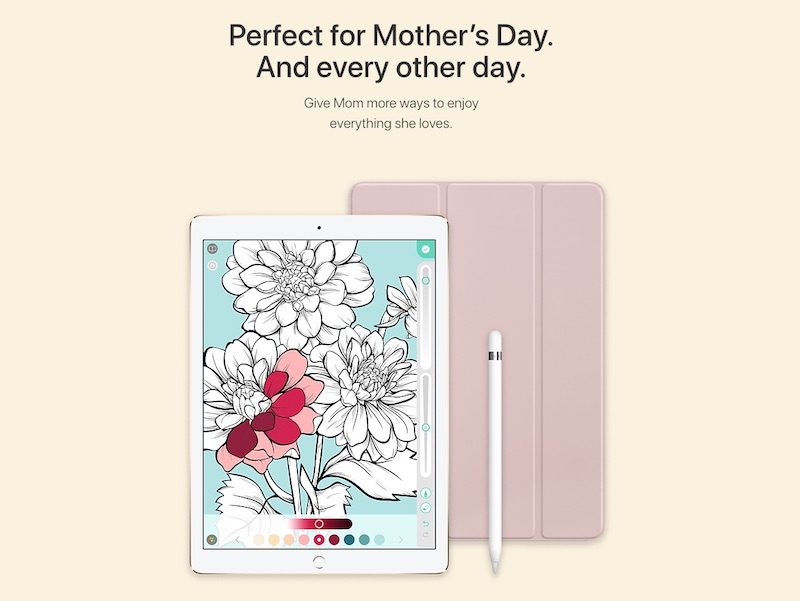 I've always found these gift guides by Apple to be a little cheesy. Apple honestly doesn't have that many products to have a gift guide. Filtering their products by your holiday budget pretty much gives you everything you need:)
Score: 2 Votes (Like | Disagree)

We bought my mother an Apple Watch last Mother's Day not knowing how much she would use it or even like it, but she still wears it daily. She doesn't even carry her phone on some days but she always has that watch.

If Apple were smart they would open up the Apple Watch to Android just like they opened up the iPod to Windows. I have no intention of going back to iPhone (at the moment anyways). But I would LOVE to buy an apple watch. I've owned Android Wear, and while it was great, i think in terms of UI, apple nailed the watch pretty good.
Score: 2 Votes (Like | Disagree)
Read All Comments