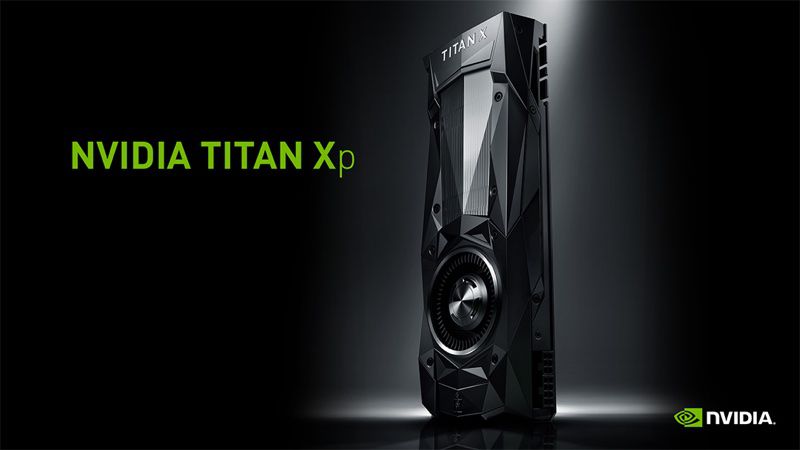 Priced at $1,200, this year's Titan card is unique because for the first time, Nvidia is making it available to Mac users with new Pascal beta drivers (also available for the entire 10-series lineup) that are set to be released during the month of April.

Earlier this week, Apple announced plans for future high-end Mac Pro machines with better graphics capabilities, so that ultra high-end cards like the Titan Xp are already offering support is a good sign. The Titan Xp could also potentially be used with older Mac Pro machines and Hackintosh machines.

For the first time, this gives Mac users access to the immense horsepower delivered by our award-winning Pascal-powered GPUs.

Housed in a die-cast aluminum body, the Titan Xp uses vapor chamber cooling technology. According to Nvidia, the graphics card offers up to three times faster performance than previous generation graphics cards, and it includes support for "next-gen VR experiences."

The Titan Xp can be purchased from the Nvidia website starting today.

slimothy
This could be HUGE for upcoming Macs. Everyone always says "you can't game on a Mac". Well this would put that to rest, and it would incentivize more developers to create Mac titles as well. Awesome to see.
Score: 25 Votes (Like | Disagree)

aaronhead14
From the 9to5Mac Article:

"We have reached out to Nvidia for a statement about compatibility down the line with lesser 10-series cards, and I’m happy to report that Nvidia states that all Pascal-based GPUs will be Mac-enabled via upcoming drivers. This means that you will be able to use a GTX 1080, for instance, on a Mac system via an eGPU setup, or with a Hackintosh build. Exciting times, indeed."

Great for us Mac Pro users who already have the GTX 1080 for Windows! Now we'll be able to us it in macOS too!
Score: 25 Votes (Like | Disagree)

SUCH GREAT NEWS! Here's for hoping that the new modular Mac Pro will have NVIDIA Pascal cards!


I don't think Apple revealing they are working on a new Mac Pro then nvidia announcing Mac Support is coincidence. Hopefully this is a sign that the new Mac Pro is not just modular, but that it can use off the shelf parts for the RAM, CPU, GPU, and storage.
Score: 20 Votes (Like | Disagree)

aaronhead14
SUCH GREAT NEWS! Here's for hoping that the new modular Mac Pro will have NVIDIA Pascal cards!
Score: 19 Votes (Like | Disagree)

Sunday Ironfoot
Only 12 FLOPS, it's slower than a Nintendo Game & Watch
Score: 19 Votes (Like | Disagree)

Huge125
'Post powerful'? Spelling mistake or so powerful its way past powerful?
Score: 13 Votes (Like | Disagree)
Read All Comments