Amazon is building upon the Alexa voice-recognition technology found in its Echo range of speakers so that the virtual assistant can distinguish between individual users based on the sound of their voices.

According to anonymous sources who spoke to TIME, Amazon's feature would work by matching the person speaking to a pre-recorded voice sample, or "voice print", to verify the speaker's identity. 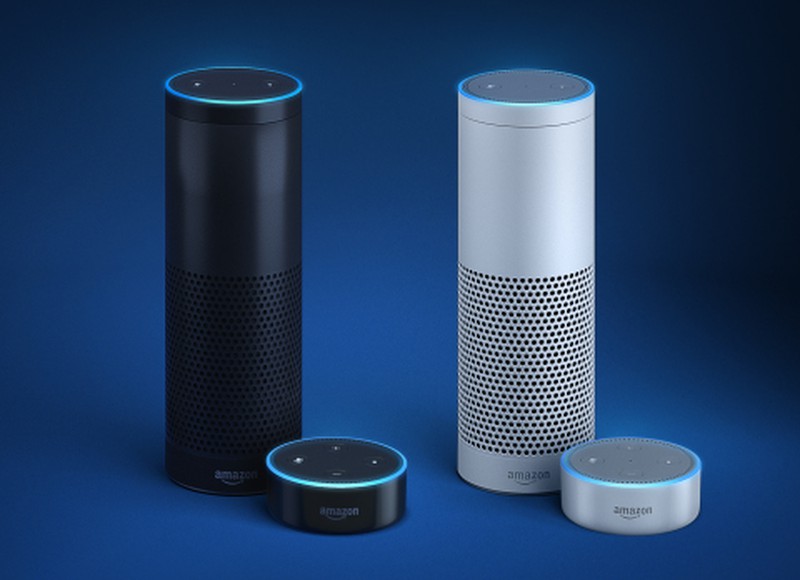 A primary account holder would be able to require a specific voice print to access certain commands. A user would, for example, be able to set it so that a parent's voice would be required to make a credit card purchase or turn on the coffee machine through the Echo.

Amazon has been developing the feature, internally called Voice ID, since at least the summer of 2015, according to people familiar with the company's Alexa strategy. The underlying technology is said to have been completed and just needs integrating into Echo speakers, however it's still unclear when that will happen.

The Voice ID technology would be a first in the smart speaker space and make Echo units easier to share between multiple people under one roof. Currently, Echo users can set up multiple profiles and jump between them, but the user must say "switch accounts" or use the Alexa app to do so. And as for credit card purchases, a four-digit authentication code must be said out loud to confirm them.

It's unknown at this point whether Voice ID will extend to the many Alexa-enabled third-party devices now available, or if it would be limited to Amazon's Echo speakers. An Amazon spokesperson declined to comment on the matter.

Alexa recently became capable of responding to 10,000 skills, according to Amazon. Skills are essentially third-party apps that you can interact with via voice, once they've been enabled. The 10,000th skill was Beat the Intro, a music game that tests users' knowledge and love of music.

AI assistants have become increasingly popular over the past few years, while Apple's Siri has remained largely unchanged over the past few iOS updates. Last May it was rumored that the company would launch an Echo-like speaker with Siri integration, enabling users to play music, get news headlines, and more, without needing to interact with their iPhone, but further details have been scant.

Speedy Dingo
"Siri, How are you today"

"Looking... getting directions to Llanfairpwllgwyngyllgogerychwyrndrobwllllantysiliogogogoch, Wales."

and 1989 others
As technology companies go I quite admire Amazon, they seem to produce decent tech and at decent prices. They're apps just work, they're Kindle are good quality, and They're streaming service (MUSIC) apps you can actually navigate.

And another Tech company, Google, I'm finding their Calendar app very intuitive and easy to use.
Score: 3 Votes (Like | Disagree)

"To confirm credit card purchases, a four-digit authentication code must also be said out loud."
How again is this nicer than just going to a computer or pulling out my phone to buy stuff with stored credentials? I understand these devices as jukeboxes or intercoms (can it do that?), but I've always been puzzled that a main selling point shown in ads and such is that you can randomly buy stuff with your voice.

Some of us actually don't walk around with a smartphone glued to our hands. And we're too lazy to pull out a tablet or laptop just to reorder something. And we don't have to, thanks to Alexa. Yep, true first world power! :D

My wife just came home from two months in the hospital. She cannot move very much and has to spend the next few weeks in bed. While she was gone, I bought and set up an Echo (plus some Dots), Samsung Smart Things, a Harmony hub, and a smart thermostat.

Now, mind you, she's not into tech at all. In fact, she still uses a flip phone. But she's loving the Echo setup, because she gets to do stuff like this while stuck in her bed:

This also saves me a lot of time, since she's not totally dependent on me any more. So it's a win-win for both of us.
Score: 1 Votes (Like | Disagree)

Would love to hear Siri saying it :D

If you highlight the phrase and choose "Speak", she'll speak it out loud. Siri seemed to have said it as a word instead of spelling it out letter by letter, which surprised me.
Score: 1 Votes (Like | Disagree)

George Orwell would have loved this...

He sure would. It would make his book writing much easier.

"Alexa, add to most recent note: 'And the hero stepped up onto the ladder... It was a beautiful day.'"
Score: 1 Votes (Like | Disagree)

"Siri, How are you today"

"Looking... getting directions to Llanfairpwllgwyngyllgogerychwyrndrobwllllantysiliogogogoch, Wales."

What, no mention of Microsoft? You could have hit the trifecta of Apple competitors.