Apple Maps has recently been updated to provide users with real-time traffic conditions in Argentina. As usual, highly congested areas will display orange or red lines along the roads to indicate that drivers may face delays. Argentina is the fourth Latin American country to support the feature after Brazil, Chile, and Mexico. 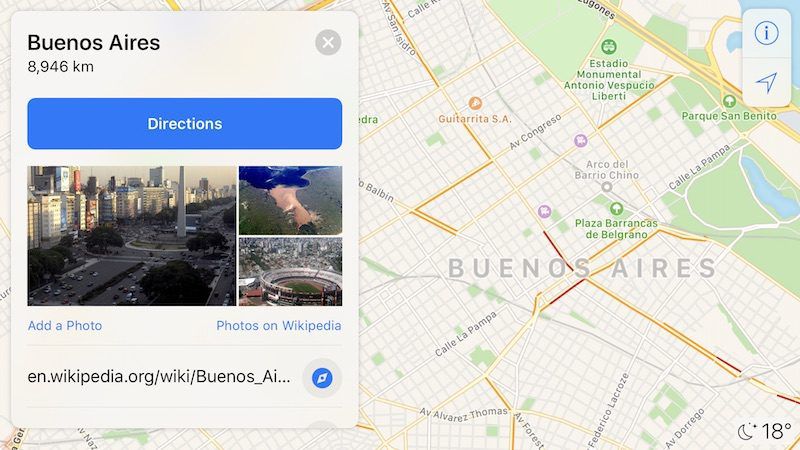