"HAL" was Apple's first Super Bowl appearance since its 1985 "Lemmings" commercial and arrived amid a flurry of largely media-driven panic surrounding the Y2K bug, which was supposed to make computers go haywire when the millennium ticked over and bring about a precipitous collapse of global infrastructure. 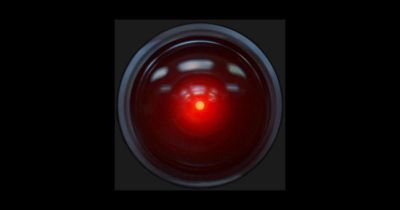 Macs on the other hand would be immune to the bug, thanks to their ability to recognize dates at least up to 29,940 – a fact not lost on Steve Jobs, who in 1999 had not long begun his second stint as Apple CEO. Over 12 months before the collective PC rollover from x99 to x00, Jobs decided he wanted to do a commercial that would promote the advantages of Mac ownership before worldwide calamity struck. So, Jobs tasked Ken Segall, then-Apple creative director at TBWA/Chiat/Day, to get the ball rolling and come up with an idea for an ad that would highlight the Mac's resistance to the Y2K bug.

This week, Segall relayed detailed memories of making the "HAL" ad. In a blog post on his site, Segall relates his experiences of dealing with Jobs directly as the idea for the commercial took shape, and reveals how his team overcame legal, technical, and Steve-related challenges to make the commercial a reality – and a surprise Super Bowl hit. For an interesting read, check out Segall's full story here, and "HAL" below.

AngerDanger
However, if Dave decided to fully embrace the Apple ecosystem, 2001 would've been a completely different movie…

Pakaku
The Superbowl is one of my favourite places to watch ads, but I never understood why they show football during the breaks?
Score: 5 Votes (Like | Disagree)

Doctor Q
If you take the letters H-A-L, add 5 to the H, leave the A alone, and subtract 9 from the L, you get M-A-C. What an amazing surprise!
Score: 4 Votes (Like | Disagree)

However, if Dave decided to fully embrace the Apple ecosystem, 2001 would've been a completely different movie…

I've changed the name of my bookmark for MacRumors to "AngerDanger" to reflect my top interest at this site.
Score: 3 Votes (Like | Disagree)
Read All Comments