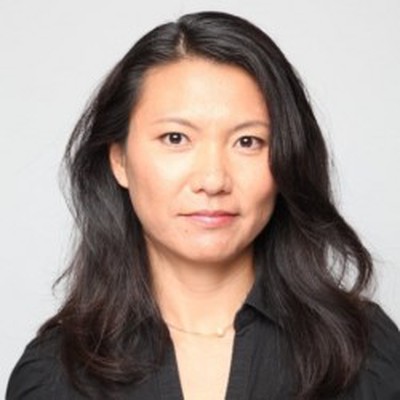 Last May, Apple hired Nest's former Vice President of Technology, Yoky Matsuoka, to help run the company's health initiatives, but she ended up leaving Apple towards the end of 2016. Matsuoka is now joining the Nest team once again as the Alphabet-owed company has re-hired the robotics expert as the Chief Technology Officer for the Nest Learning Thermostat (via Bloomberg).

In her new role, she will "define a long-term technology roadmap" for the smart home accessory company, using her expertise in machine learning.

Matsuoka is also said to be encouraged by Alphabet to identify other companies under the corporate umbrella where Nest might be able to form a beneficial partnership through collaborations "on technology and product development."

As Chief Technology Officer, Matsuoka will work closely with Nest's engineering and product teams to define a long-term technology roadmap. She'll be responsible for identifying important enabling technologies for Nest products and services, such as sensors and machine learning, while partnering with outside companies.

During her time at Apple, Matsuoka worked under the company's chief operating officer Jeff Williams, who is in charge of Apple's health initiatives like ResearchKit, HealthKit, and CareKit. Originally at Nest, Matsuoka developed the technology that lets the Nest Learning Thermostat adapt to environmental conditions and learn from past usage. She also co-founded the experimental project lab Google X, which has created Google's self-driving car and Google Glass.

Matsuoka was part of Nest when it was founded by "iPod father" Tony Fadell in 2010, but Fadell has now left the company, noting in a blog post last summer that it was the right time to "leave the Nest." Since he left, Fadell has become an advisor to Nest and Alphabet CEO Larry Page. According to Bloomberg, Matsuoka's return to Nest might help lead to a smoother 2017, following a few years of protracted product releases and recalled devices.

and the brain drain of apple continues

People come and go for a variety of reasons. And maybe it's only because Apple moves get more publicity, but it does seem like there are key people leaving the company for whatever reason. Very odd if someone leaves so soon after joining. Typically means they either don't like what they're doing or don't like who they're doing it with. Not sure if that's an Apple issue or a Jeff Williams issue.

or some just don't like or agree with the direction the company is heading...
Score: 17 Votes (Like | Disagree)

The poster is probably pointing out slyly that this photo is not the usual "glamour" shot used in such articles. Looks like they took an unflattering pic on her 'no makeup' day in the office.

Looks like her company directory photo. Granted they are kinda like a mugshot, but the office is always in a rush it seemed to get your photo and badge done.

Some of the people commenting how terrible she looks have apparently seen only sexually explicit 3D renderings of Overwatch characters and have rather limited up close experience with women in the real world who are not their mom.
Score: 6 Votes (Like | Disagree)

Why are you wondering why they used a photo of the person which this article is about?
Score: 5 Votes (Like | Disagree)

The poster is probably pointing out slyly that this photo is not the usual "glamour" shot used in such articles. Looks like they took an unflattering pic on her 'no makeup' day in the office.

It's her LinkedIn picture. So it's the appropriate one to use. As far as glamour I can imagine she doesn't need a glamour shot to apply for a robotics position. It's hard enough being a women in these fields, imagine if she used a glamour shot instead.
Score: 5 Votes (Like | Disagree)

Wackery
and the brain drain of apple continues
Score: 4 Votes (Like | Disagree)
Read All Comments

Friday June 5, 2020 7:06 am PDT by Eric Slivka
Roughly four months after hitting an all-time high just before financial markets and economies faltered in the face of the current public health crisis, Apple's stock price has returned to those levels and has set a new all-time high today. Apple's previous intraday high of $327.85 was set on January 29, and that high-water mark was surpassed just a few minutes ago as it hit $328.00 before...
Read Full Article • 65 comments