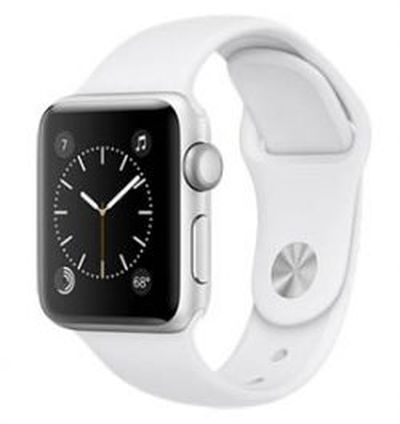 Apple hasn't released the first watchOS 3.2 beta to developers as of yet, but the company has shared release notes highlighting the new features that will be introduced in the update.

The most important new feature is a "Theater Mode" that's designed to let customers quickly mute the sound on their Apple Watch and disable raise to wake, preventing the screen from lighting up with arm movement.

With Theater Mode enabled, customers will still receive haptic feedback for each incoming notification, and information can be viewed by tapping the screen or pressing down on the Digital Crown.

According to Apple, Theater Mode was included in watchOS 3.1.3, but it does not yet appear to be available to consumers as an option, suggesting it will be activated when watchOS 3.2 is installed.

watchOS 3.2 also brings SiriKit to the Apple Watch, allowing customers to ask Siri to do things like send messages, send payments, book a ride, log a workout, make a call, or search through photos. SiriKit has been available on iOS devices since the release of iOS 10, but is new to the Apple Watch.

WatchKit Framework Enhancements and the AVAudioPlayer API are other new features being added in watchOS 3.2. Given iOS 10.3, tvOS 10.2, and macOS Sierra 10.12.4 were released today, we could see a watchOS 3.2 beta soon, but Apple has given no indication of when it will launch.

MrGimper
How anyone translated "Theatre Mode" into "Dark Mode" is beyond me.
Score: 15 Votes (Like | Disagree)

cambookpro
Makes a lot of sense really. I already use a 'cinema face' which is just the modular face in red with no complications as a compromise, but this would be a better solution.
Score: 8 Votes (Like | Disagree)

lordofthereef
I am honestly more distracted by people smacking their lips and rustling with candy, slurping drinks and getting up to pee. Can we get an theater mode for human decency?
Score: 7 Votes (Like | Disagree)

FasterQuieter
All I want from my Apple Watch is for them to add the now playing functionality into control center. So I can swipe up to pause, play, skip etc, like Watch OS 2. After notifications, this was my number one use for the watch. I never use the apps, as they are still too slow. Now we have AirPods with no controls on them, being able to quickly access controls somewhere else is more important than ever.
Score: 6 Votes (Like | Disagree)