watchOS 3.1.3 can be downloaded through the dedicated Apple Watch app on the iPhone by going to General --> Software Update. To install the update, the Apple Watch must have 50 percent battery, it must be placed on the charger, and it must be in range of the iPhone. An iPhone running iOS 10 or later is required to download the new software, but it is available for all Apple Watch models. 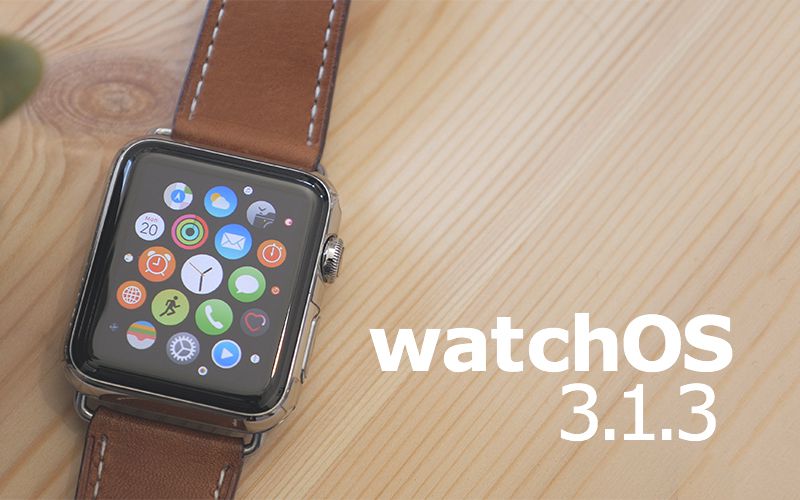 No significant changes or feature additions were discovered in watchOS 3.1.3, but presumably, it fixes the 3.1.1 installation issues that were bricking some Apple Watch Series 2 models, allowing customers who did not get a chance to download 3.1.1 to finally get the bug fixes included in that update.

Mlrollin91
Series 0 is currently installing. I had zero issues with 3.1.1.
Rating: 7 Votes

I still have no :apple: watch


Thanks for checking in anyway.
Rating: 5 Votes

Return Zero
I hate this... I don't have a watch charger at work. Otherwise I'd install immediately and give progress reports for all the scared rabble around here :p
Rating: 5 Votes

kissmo
I usually jump on the update train but this time I will also hold back. The Watch is in no way user recoverable... :)
Rating: 4 Votes

Series 0 is currently installing. I had zero issues with 3.1.1.


On a side note, 3.1.1 when first released was primarily affecting Series 2 owners. Reports from other forum members were stating the update was bricking the device due to the GPS function or some element with the GPS.

0970373
Series 2 update went fine for me. But so did the last update that apparently bricked other people's watches.
Rating: 3 Votes

profets
Alright. Who's going to be brave enough to test this today after the 3.1.1 bricking?
Rating: 2 Votes
[ Read All Comments ]