Earlier this week, Swift creator and LLVM co-author Chris Lattner announced he will be leaving Apple later this month—he is headed to Tesla to lead its autopilot engineering team as Vice President of Autopilot Software. 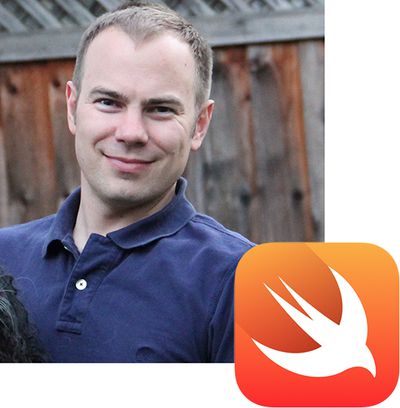 Lattner, who oversaw Xcode among other tasks as director of Apple's Development Tools department, did not provide an explanation for his decision to leave the company, but "someone in Lattner's circle of developer friends" told Business Insider that Apple's culture of secrecy may have been a contributing factor.

"He always felt constrained at Apple in terms of what he could discuss publicly — resorting to off-the-record chats, surprise presentations, and the like," the person told us. "Similarly, I know he was constrained in recruiting and other areas. Eventually I know that can really wear people down."

Lattner, who joined Apple in 2005, did not respond to the publication's requests for comment, so the exact reason for his decision remains uncertain. He previously said the decision "wasn't made lightly," and that he plans to remain an active member of the Swift Core Team despite his departure.

What we do know is that Swift now has a large community of developers working on the programming language since it became open source in late 2015, so it is very possible that Lattner felt he was in a good position to pursue a new opportunity without jeopardizing future development of the language he created in 2010.

Swift, designed to work with Apple's Cocoa and Cocoa Touch frameworks, was developed for iOS, macOS, watchOS, tvOS, and Linux. The programming language was introduced at WWDC 2014 and is viewed as an alternative to Objective-C. Lattner said Apple's development of Swift will continue under Ted Kremenek.

Update: Lattner has shared an additional comment about Kremenek as spotted by Daring Fireball:

One thing that I don’t think is fully appreciated by the community: Ted has been one of the quiet but incredible masterminds behind Swift (and Clang, and the Clang Static Analyzer) for many years. His approach and modesty has led many to misunderstand the fact that he has actually been running the Swift team for quite some time (misattributing it to me). While I’m super happy to continue to participate in the ongoing evolution and design of Swift, I’m clearly outmatched by the members of the Apple Swift team, and by Ted’s leadership of the team. This is the time for me to graciously hand things over to folks who are far more qualified than me. Swift has an incredible future ahead of it, and I’m really thrilled to be small part of the force that helps guide its direction going forward.

Update 2: Lattner has since tweeted that his decision has "nothing to do with 'openness'," while noting the "friend" cited in the report is "either fabricated or speculating."

Whose hair looks like it could've inspired the Swift logo.

iapplelove
I would love to work under Elon Musk. He is the only visionary left
Score: 12 Votes (Like | Disagree)

I would love to work under Elon Musk. He is the only visionary left

There are plenty more yet we don't know them (yet).

Do you really think there is not one single visionary more out of the what...7 billion people living on this planet.

thefredelement
Nothing like friends who talk to the press on your behalf....

LLVM, Swift and now Tesla... I'm a fan of Chris and am excited to see what he'll do next. I hope the Swift 4 source compatibility promise he made at WWDC is kept. :)
Score: 6 Votes (Like | Disagree)

Rogifan
An anonymous source to Business Insider. This story was so weak why did MacRumors decide to post it in the first place? And why not remove it all together rather than letting it sit out there on MR front page for the weekend?
Score: 4 Votes (Like | Disagree)
Read All Comments