Apple has activated its in-store pickup tool for AirPods on its website, enabling customers to enter a zip or postal code and check for availability of the all-new wireless earphones at Apple Stores in their local areas. 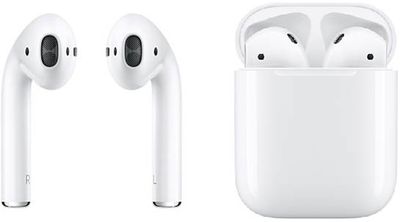 Personal Pickup for AirPods is currently live in the United States, Australia, Canada, France, Germany, Italy, the Netherlands, Japan, Spain, Sweden, and the United Kingdom, showing availability of February 6-8 in most countries, which is likely a conservative estimate due to limited stock.

The tool is not yet available in Belgium, Brazil, China, Hong Kong, Switzerland, Turkey, or the United Arab Emirates, countries where Apple also operates retail stores, but it will presumably be expanded soon.

AirPods became available for purchase at Apple Stores yesterday, and some lucky customers were able to secure one of the limited number of pairs available. Apple said stores will continue to receive "regular shipments" of AirPods, so customers may have success finding a pair before the early February dates quoted.

AirPods became available for purchase on Apple's website last week, but orders placed today are estimated to ship in 6 weeks, or around late January. The first wave of customers who ordered AirPods online began receiving their shipments yesterday in the United States and around the world.

Apple Authorized Resellers and carriers also began receiving a limited number of AirPods this week, as seen over the past few days when Best Buy and Verizon have periodically offered AirPods for estimated delivery as early as this week.

B4U
Have the courage to get rid of the jack, yet have no courage to ramp up the production to match the demand.
Over 4 months AFTER the launch of the phone before the Air Pods are available for pick up in store if anyone missed the first boat. That is a little excessive, isn't it?
Score: 7 Votes (Like | Disagree)

Sandy Santra
NYCers, here's the deal: there is no point to "calling around to check inventory." Been there, done that. You'll get a different story every time, depending on whom you talk to.

Shipments are arriving at somewhat random times. The key here is to get there (by intuition, because I can't find a science for this) within FIVE MINUTES after a shipment shows up. I walked into the Grand Central Store today mid-afternoon, and was very lucky because the shipment had JUST arrived 5 mins earlier. "Go over to that table," they said. "Do you have Apple Pay?" they said. "Do you want one or two [pairs]?" they said.

By the way, they are pretty awesome.
Score: 3 Votes (Like | Disagree)

dominiongamma
Might as well wait for Version 2 hoping it comes out with iPhone 8
Score: 2 Votes (Like | Disagree)

I was thinking of doing this. When placing an order like this, are you immediately charged or is it when the item is ready for pickup?

In the past all they have done is a pre-auth on my card at the time of the order that falls off after a couple of days. Final charge is made at pickup.
Score: 2 Votes (Like | Disagree)

Not any more it isn't!

But yes, I saw two Chicago stores had stock just a few minutes ago ... and now nothing.

I was fast and got one, yes. Just received email that it's ready. Now I'm just curious if I had bought it for Feb 8 pickup whether or not I'd have gotten an email that it was ready today.
Score: 1 Votes (Like | Disagree)

stan1028
Singapore doesn't have a Retail Store yet but it is still in the works.
Score: 1 Votes (Like | Disagree)
Read All Comments