Apple's senior vice president of worldwide marketing, Phil Schiller, recently continued the company's stance against turning its desktop and laptop devices into touch screen-enabled computers, which some customers believe could be advantageous additions to the macOS platform. With the new addition of the "Touch Bar" on the MacBook Pro line, seen by some as a potential step towards a full-on Mac touch screen, many Apple executives have come out saying this isn't the case.

Speaking with Backchannel, Schiller has now stated that a multi-touch display on a MacBook "wouldn't be enough," because it would begin a divide between MacBook and iMac. But, if the company implemented the same touch screen on a desktop it would "become absurd," due to the iMac's main source of user interaction -- the keyboard and mouse or trackpad -- residing too far away from where users would raise their hand to interact with the screen. Ultimately, Schiller said this line of thought is "lowest common denominator thinking."

“We think of the whole platform,” he says. “If we were to do Multi-Touch on the screen of the notebook, that wouldn’t be enough — then the desktop wouldn’t work that way.” And touch on the desktop, he says, would be a disaster. “Can you imagine a 27-inch iMac where you have to reach over the air to try to touch and do things? That becomes absurd.” He also explains that such a move would mean totally redesigning the menu bar for fingers, in a way that would ruin the experience for those using pointer devices like the touch or mouse. “You can’t optimize for both,” he says. “It’s the lowest common denominator thinking.”

All the same, Schiller confirmed that Apple has tried out touch screens on a Mac in its labs over the last few years and the company "absolutely come away with the belief that it isn't the right thing to do," he said. "Our instincts were correct.” When asked whether the Touch Bar was the beginning of a larger influence by iOS on the macOS platform, Schiller said this was not the case.

When I suggested that this might be only the latest in a number of mobile innovations moving to the Mac, in an overall annexation of the Macintosh platform, Schiller pushed back, hard. “Its implementation is pure Mac,” he said. “The thought and vision from the very beginning was not at all, ‘How do we put iOS in the Mac?’ It was entirely, ‘How to you use the [iOS] technology to make a better Mac experience?’”

In regards to the MacBook Pro's switch to Thunderbolt 3/USB-C ports, and the subsequent frustration by some users who fear needing to purchase and keep track of many dongles, Schiller said that “we’re absolutely more sure than ever that we’ve done the right thing,” because of the standard that USB-C is set to become. For context regarding the amount of cables available, MacRumors recently collected some USB-C adapters and dongles available from Apple and third-party accessory makers into a roundup.

Ultimately, Schiller said that the "fundamental difference" between the MacBook Pro's naysayers and fans is divided between those who have not yet interacted with the laptop, and those who have. Thankfully, many more will be able to get a chance to use the MacBook Pro and Touch Bar as the first round of shipments have begun arriving to pre-order customers today.

pier
Can you imagine a 27-inch iMac where you have to reach over the air to try to touch and do things? That becomes absurd.

Which is why you just need to move the screen so that it is more accessible like Microsoft did.
Score: 66 Votes (Like | Disagree)

webbuzz
Phil, allow me to introduce you to someone. 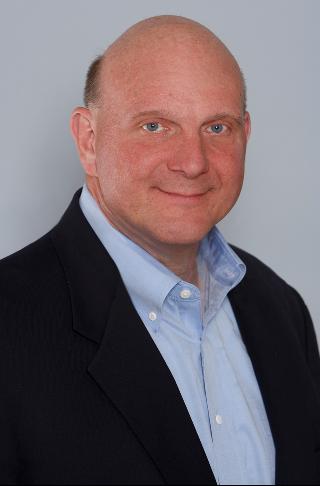 BWhaler
Microsoft found the same thing, so they created the ability for the screen to move into a position natural for touch and interacting with content.
Score: 52 Votes (Like | Disagree)
Read All Comments