Apple today released a new software update for the Apple Watch, upgrading watchOS 3 to watchOS 3.1. The new watchOS 3.1 update comes more than one month after watchOS 3 was first provided to the public, marking the first update to the new operating system. watchOS 3.1 has been in testing since September 21, with Apple having seeded three betas before launch.

watchOS 3.1 can be downloaded through the dedicated Apple Watch app on the iPhone by going to General -> Software Update. To install the update, the Apple Watch must have 50 percent battery, it must be placed on the charger, and it must be in range of the iPhone. An iPhone running iOS 10 or later is required to download the new software, but it is available for all Apple Watch models.

During the beta testing period, no major outward-facing changes or feature tweaks were discovered, so watchOS 3.1 focuses mainly on performance improvements and bug fixes to address issues that have popped up since the release of watchOS 3. The release notes list several bug fixes and improvements:

watchOS 3 is a significant update that brings a new interface to the Apple Watch, with a dedicated app dock, instant launch apps, and new watch faces. There are new Activity sharing features, a "Breathe" app guides users through deep breathing sessions to cut down on stress, and an SOS feature can automatically call emergency services. For more details on watchOS 3, make sure to check out our watchOS 3 roundup.

macsplusmacs
Frosting on the delicious cake.
Score: 26 Votes (Like | Disagree)

My apple watch series 1 is slow and laggy on watchos 3. hope this at least alleviates that.

Can't help but think that lazy programming is behind all this. I mean come on, do we really need a dual core processor nowadays to smoothly run a 42mm screen computer on a wrist watch?

My main desktop computer 10 years ago was single core amd athlon xp with 512mb ram....same as my 'old' watch...and it was a beast and could do incredible and amazing things... like play online against 30+ people on battlefield lol.

Now 10 years later, the same specs can't send or receive emojis to one person without lag.

I bet that 10 yr old desktop wasn't milled from a solid ingot of aluminium! Was it the most personal computing device you ever owned? Probably wasn't even magical either.
Score: 7 Votes (Like | Disagree)

Tyenglund
Is the build number the same as beta 3?
Score: 4 Votes (Like | Disagree)

kissfan
With app updates that are much larger, when will Apple do away with Wi-Fi only update requirements? [emoji35]
Score: 3 Votes (Like | Disagree)

I don't think the watch no longer needs to be placed in a charger to update. As long as your batter is greater than 50%, you should be good. 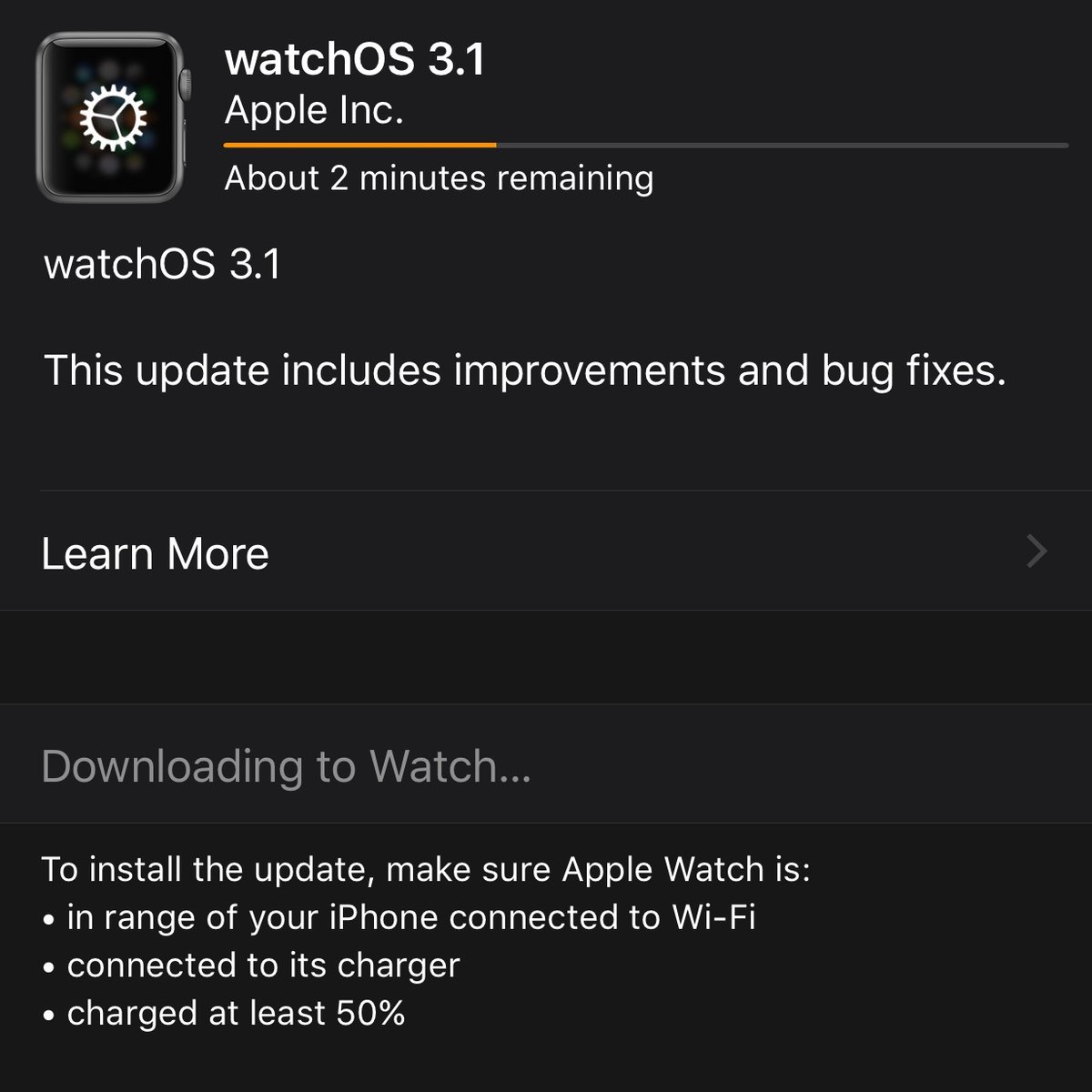 I don't get what some of you guys are doing with your watches - I've had a S0 for around a year before upgrading and damn this battery in my S2 is amazing! Days with a trip to the gym or a run without my phone is still around 50% at night and days with no workout is around 70% remaining battery - never got near that with my S0

Agreed, same here. I have all the bells and whistles turned on, I do 1-2 hours of cardio a day, typically half of it using GPS. I've yet to ever go to bed with the battery below 30%.
Score: 3 Votes (Like | Disagree)
Read All Comments