Celebrity-Filled Beats Ad Shares Advantages of Headphones With 'No Strings'

A new Beats By Dre advertisement shared online recently depicts a group of celebrities wearing the company's new Solo3, BeatsX, and Powerbeats3 Wireless headphones. All three devices were announced during Apple's September 7 iPhone event, and are positioned as compatible options for users looking to purchase wireless headsets due to the iPhone 7's lack of a 3.5mm headphone port.


In the ad, celebrities including Nicki Minaj, Amber Rose, Rebel Wilson, Juno Temple, Steve Buscemi, and more, all sing along to "I've Got No Strings" from Disney's Pinocchio. Most of the people in the commercial are seen sporting the company's newer model, the BeatsX, which it aims as a more mobile and everyday pair of headphones. That's in contrast to the over-the-head Solo3 and activity-focused Powerbeats3.

The Solo3 has been available to purchase for $299 on Apple.com since the September 7 event, but the Powerbeats3 ($199) and BeatsX ($149) won't be coming out until sometime later in the year, likely to coincide with the holiday shopping season.

I found this ad awful.

Apple's obsession with celebrities highlights the vacuousness that defines it under Tim Cook.

What is the point of Apple today? They have become like every other obnoxious tech company. For as long as Cook is CEO, this company is going to keep shrinking in revenue and profits. For me, they effectively shut up shop in October 2011. Things couldn't be much worse.

That's funny because Apple has been growing in revenue in profits every quarter since Tim Cook took over... except for one quarter.

What exactly do you want from Apple? So what if they use celebrities in their ads. Pop culture is everywhere these days.
Score: 7 Votes (Like | Disagree)

Apple's obsession with celebrities highlights the vacuousness that defines it under Tim Cook.

Yeah, Steve Jobs would never, EVER do something like that, right? 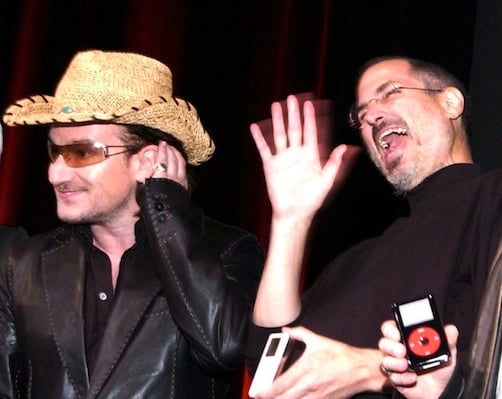 GrumpyMom
Whatever. A bunch of famous/infamous people paid to strut around to show off wireless headphones. I own some of this crap. I know what I like and don't like about it all and I'm not going to beat that dead horse here again. I will hang onto my wired headphones and earbuds until I can no longer get a good quality smart phone that has the 3.5 mm jack.

Meanwhile, I've got no dongles, either. Nor do my ears look like they're smoking cigs.

And no strutting celebs and cute baby will persuade me to have it any other way. /grump ;)
Score: 6 Votes (Like | Disagree)

RowellE
Was waiting for a sick beat to drop, but it never came. :(

Also I still see a whole lot of "strings" in that ad.
Score: 5 Votes (Like | Disagree)

No strings but quite a lot of sexism.

Jeez.. chill out. soon you will not be able to fart without being accused about sexism, racism or jingoism.
Score: 5 Votes (Like | Disagree)

MonkeySee....
Such a good ad.
Score: 4 Votes (Like | Disagree)
Read All Comments