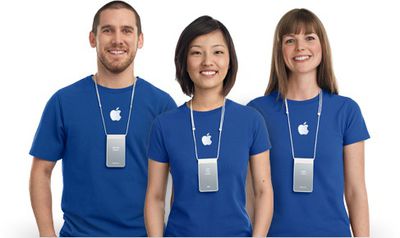 A civil jury trial is scheduled to begin Tuesday at 9:00 a.m. local time in a courtroom presided over by the Honorable Eddie C. Sturgeon, nearly two years after Apple's appeal and motion for dismissal was denied in the case. The lawsuit, titled Felczer vs. Apple Inc., falls under the court's Department 67.

The lawsuit, originally filed in 2011 and elevated to class action status in 2014, accuses Apple of failing to provide timely meal and rest breaks, failing to pay all wages due upon ending employment within the required time, and failing to provide accurate wage statements, according to court documents filed electronically.

The proposed class would involve all current, former, or prospective employees in California who have worked for Apple between December 16, 2007 and the time of trial, which totaled approximately 18,000 employees as of 2014. Any settlement awarded would be divided evenly between class members.

California Labor Code dictates that employees must be provided with at least a 30-minute meal break when the work period is more than five hours, and at least a 10-minute rest break for every four hours worked. The defendants claim Apple failed to always provide these breaks for at least four years prior to the lawsuit.

Meanwhile, the complaint notes Apple took several weeks to send out a final paycheck to multiple employees. As a result of these unlawful business practices, the lawsuit asks for compensatory damages and repayment of all wages owed, along with interest and legal fees, but it does not specify a damages amount.

I had expected better from Apple.

So i presume you have already tried and found them guilty?
Having been sued does not mean you are guilty (yet). I had a friend that owned a business that was brought before the labor board multiple times by disgruntled employees. Not only did he win every time after he presented his evidence, but the judge on one occasion told an employee that was saying they were not paid overtime correctly that they were in fact OVERPAID..
Lets not rush to judgement until all facts are presented.
Score: 13 Votes (Like | Disagree)

britboyj
I worked for Apple retail for 3 years and corporate for 2, from 2008 to 2013. Breaks were mandated HARD. Like, you got written up if you didn't take them. 30 minutes if you went over 5 hours, a 15 if you were under.

I wouldn't be surprised if the violations here are rogue managers.
Score: 10 Votes (Like | Disagree)

mi7chy
Bunch of apologists. Every worker deserves their legally allowed lunch and break time including slaborers in China. With all the cash Apple has hidden away they can afford this.
Score: 9 Votes (Like | Disagree)

aitachi
Former Apple retail employee here. I did two stints with Apple at two different stores in two different cities in two different positions. My experience was the exact opposite of what this suits claim. Managers and Store Leaders not only required us to take our breaks on time they practically hounded us to do so, going so far as to sub employees out with someone else if they were in deep helping a customers and needed to take a break. I'm not saying this suit doesn't have merit; I have no doubt some stores and managers did not follow the law. However, to put this on the level of institutional malfeasance? I don't think so.
Score: 6 Votes (Like | Disagree)

I side with Apple. This is one of the reason why US companies move factories to China.

No it's not. Employees deserve to be treated fairly and have a break. You think our citizens deserve to work in such conditions like the sweat shops in China? If so, this would be an example of US workers not being respected or valued. By your logic I suppose it's perfectly fine that top executives now earn, on average 200 to 300 times the average worker. For reference the ratio has gone up from 120-to-1 in 2000, 42-to-1 in 1980 and 20-to-1 in 1950.

Count me on the employee's side.
Score: 4 Votes (Like | Disagree)
Read All Comments