Public Skeptical of Self-Driving Cars Despite Race to Perfect Technology

Despite accelerating hype surrounding the possibility of self-driving and fully autonomous vehicles in the near future, most Americans would rather drive themselves.

That's according to the results of a new study published today that aimed to assess public opinion on the subject. The survey commissioned by Kelley Blue Book showed that out of 2,264 U.S. residents polled, 64 percent said they need to be in control of their own vehicle and 62 percent said they enjoy driving. 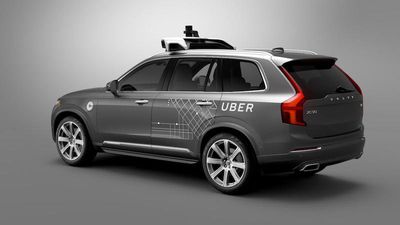 The results also revealed that 80 percent of participants believed people should always have the option to drive themselves, while a third of respondents said they would never buy a fully autonomous car.

When asked if they would live to see a world in which all vehicles are fully autonomous, 62 percent of respondents answered no. Baby boomers were the most resistant to the idea (72 percent), followed by Gen X (64 percent) and millennials (60 percent). Gen Z (ages 12-15) respondents were the most optimistic about a future of cars with no drivers, with only 33 percent believing such a scenario unlikely.

"This shows that while many of us have been reading a lot about progress being made on self-driving cars of late, to most people it's still like a flying car, something out of The Jetsons," said Kelley Blue Book senior analyst Karl Brauer. "But we also learned that while it's hard to get people on board, any level of exposure changes perceptions quickly."

The poll showed that most people aren't familiar with the term "autonomous vehicle" – one with no steering wheel or pedals, and no way for a human to intervene – and are wary of such technology. Meanwhile, just over half of respondents preferred to have full control of their vehicle, even if that made roads less safe overall, while 49 percent said they would be willing to cede some control to a computer if that meant having a safer roadway.

The poll results will be seen as a challenge for companies hedging their bets on an emerging market for self-driving vehicles. Ford, BMW, and Volvo aim to offer autonomous cars for sale within the next five years. Google and Uber are actively researching the area, while Lyft recently claimed that private vehicle ownership would be phased out in major cities by 2025, largely because of self-driving vehicles.

Although Apple's vehicle plans seem to be in flux, the company does have hundreds of employees working on a car project. Following Bob Mansfield's takeover of the car initiative earlier this year, Apple is said to have laid off dozens of employees as part of a "reboot" that will see focus shifting towards the development of an autonomous vehicle system.

mr.steevo
"If I had asked people what they wanted, they would have said faster horses."

musika
The public is stupid.

I don't think most people truly realize the dangers of having millions of slow-response-time, error-prone, likely distracted, potentially intoxicated, potentially angry or upset, potentially aroused, horrible at multitasking human creatures sticking their foot on a pedal to make a several ton weapon rocket forward at 60-70 miles per hour, all just feet or even inches away from a bunch of other idiots in weapons doing the same thing, with everybody HOPING that we all stay inside of the little white lines of paint that we call lanes.

Anybody even a little open-minded and even a little knowledgable about how dangerous automobiles are when humans are at the wheel should be able to put their fears of not being in total control behind them and should be very excited for a self-driving future.
Score: 23 Votes (Like | Disagree)

69Mustang
I'm definitely in the majority group. I loooooooove cars and loooooooove driving. Autonomous cars probably appeal more to those who view cars as an appliance and driving as a chore.
Score: 10 Votes (Like | Disagree)

JaySoul
I am skeptical of the public's driving skills.

Half you lot never even indicate. Drive drunk. SnapChat at 60mph. Honk at girls. Park like morons. Fall asleep at the wheel.

ArtOfWarfare
I have always been firmly in the full autonomy camp. That's all a good programmer does - take tedious, repetitive tasks that humans don't want to do anymore, and make a computer do it instead.

My friends were all firmly in the "I'll never have an autonomous car" camp.

Then one of them, generally regarded as the safest driver of all of us, was in a near fatal accident.

They're all now in the "autonomy can't come soon enough" camp. They now realize that not being in a fatal accident doesn't require you to be perfect 99.9 repeating % of the time. It requires you to always be perfect, always, and that no human is.

These "never autonomy" people will come around. As the technology becomes more common and they have their own manual crashes, they'll come to realize that rejecting autonomous cars is like rejecting life saving medicine.
Score: 8 Votes (Like | Disagree)

leesweet
Two issues. Most people hate change. (Welcome to IT!). And people do want to be in control. Thus fear of flying vs. driving.

As for me, eliminate all the death, expense, traffic jams. Apple and Tesla, go go go!
Score: 5 Votes (Like | Disagree)
Read All Comments