Apple Has Filed Trademarks for 'A10 Fusion' and 'iSight Duo'

"iSight Duo" would be a logical name for the iPhone 7 Plus' widely rumored dual-lens camera system, but what "A10 Fusion" could represent is less clear. Both the iPhone 7 and iPhone 7 Plus are expected to have faster A10 chips, while Apple's only use of "Fusion" is for the Fusion Drive, which combines flash (SSD) and hard drive (HDD) storage into a single volume on select iMac and Mac mini models.

Both trademark applications were filed on June 8, 2016, while Simmons also uncovered recent trademark filings for "Depth" and "Writeboard," which could be features or functions related to the Apple Pencil. Assuming the "iSight Duo" dual-camera system has one telephoto lens, as rumored, "Depth" could alternatively pertain to depth of field photos on iPhone 7 Plus.

It is likely that Apple's announcements at its iPhone event in San Francisco today will shed light on at least some of the trademark filings uncovered over the past two days. The keynote begins at 10:00 a.m. Pacific Time, and MacRumors will be providing live coverage of the proceedings.

but what "A10 Fusion" could represent is less clear. Both the iPhone 7 and iPhone 7 Plus are expected to have faster A10 chips ('https://www.macrumors.com/2016/08/10/apple-a10-chip-first-photo-weibo/'), while Apple's only use of "Fusion" is for the Fusion Drive ('https://www.macrumors.com/2012/10/23/apples-new-fusion-drive-not-a-typical-hybrid-drive/'), which combines flash (SSD) and hard drive (HDD) storage into a single volume on select iMac and Mac mini models.

LiE_
It's all about the fusion. 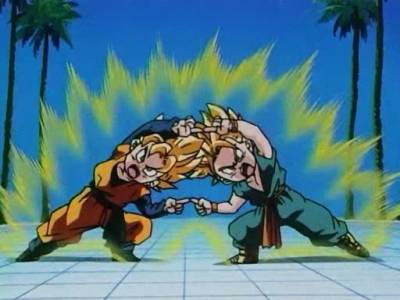 blackcrayon
Or maybe it's just what they're calling the tech in the A10 that "fuses" two separate images into one Super Image™ !
Score: 10 Votes (Like | Disagree)

MacLawyer
Makes me wonder if they're going to put an A10 chip in low end Mac Minis and iMacs.
Score: 9 Votes (Like | Disagree)

Nozuka
maybe it's just the codename? did they have trademarks for the old cpus?
A7 -> Cyclone
A8 -> Typhoon
A9 -> Twister

Saturday April 17, 2021 4:43 am PDT by Sami Fathi
Reliable leaker known as l0vetodream has hinted that Apple may debut its rumored redesigned and colorful iMac at its "Spring Loaded" event on Tuesday, April 20. In a tweet, the leaker posted an image of Apple's logo used for marketing the upcoming event and an image of the retro rainbow Apple logo alongside the colorful lineup of G3 iMacs. Apple leaker Jon Prosser previously reported that...
Read Full Article • 161 comments