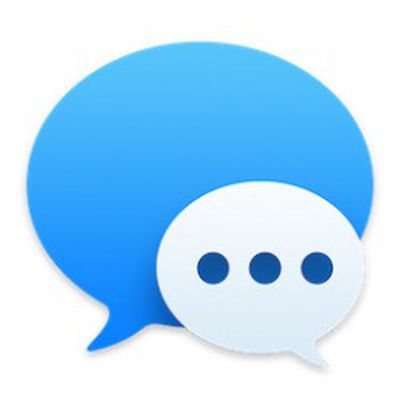 Apple has implemented a series of short- and long-term defenses to its iMessage protocol after several issues were discovered by a team of researchers at Johns Hopkins University, according to a report published today (via PatentlyApple).

This attack is different to the one Johns Hopkins researchers discovered in March, which allowed an attacker to decrypt photos and videos sent over iMessage.

The technical paper details how another method known as a "ciphertext attack" allowed them to retrospectively decrypt certain types of payloads and attachments when either the sender or receiver is still online.

The scenario requires that the attacker intercepts messages using stolen TLS certificates or by gaining access to Apple's servers. While the attack takes a high level of technical expertise to be successful, the researchers note that it would be well within the means of state-sponsored actors.

Overall, our determination is that while iMessage’s end-to-end encryption protocol is an improvement over systems that use encryption on network traffic only (e.g., Google Hangouts), messages sent through iMessage may not be secure against sophisticated adversaries.

The team also discovered that Apple doesn't rotate encryption keys at regular intervals, in the way that modern encryption protocols such as OTR and Signal do. This means that the same attack can be used on iMessage historical data, which is often backed up inside iCloud. In theory, law enforcement could issue a court order forcing Apple to provide access to their servers and then use the attack to decrypt the data.

The researchers believe the attack could also be used on other protocols that use the same encryption format, such as Apple's Handoff feature, which transfers data between devices via Bluetooth. OpenPGP encryption (as implemented by GnuPGP) may be vulnerable to similar attacks when used in instant messaging applications, the paper noted.

Apple was notified of the issue as early as November 2015 and patched the iMessage protocol in iOS 9.3 and OS X 10.11.4 as a result. Since that time, the company has been pushing out further mitigations recommended by the researchers through monthly updates to several of its products.

However, the team's long-term recommendation is that Apple should replace the iMessage encryption mechanism with one that eliminates weaknesses in the protocol's core distribution mechanism.

The paper detailing the security issue is called Dancing on the Lip of the Volcano: Chosen Ciphertext Attacks on Apple iMessage, and was published as part of the USENIX Security Symposium, which took place in Austin, Texas. You can read the full paper here.

It's more than just a medical school.

Jesus ****ing christ on a stick we're less than three comments in and 2/3 of them are dismissing this out of hand because it's not a 100% positive Apple story but a constructive criticism of how they can improve weaknesses in their cryptography.
Score: 40 Votes (Like | Disagree)

They have an Information Security Institute. Professor Matthew Green was part of the research team.

Green is a member of the technical advisory board for the Linux Foundation Core Infrastructure Initiative, formed to address critical Internet security concerns in the wake of the Heartbleed ('https://en.wikipedia.org/wiki/Heartbleed') security bug disclosed in April 2014 in the OpenSSL ('https://en.wikipedia.org/wiki/OpenSSL') cryptography library.

Comments like these annoy me quite a bit (unless I'm missing some type of sarcasm). As an Apple user and someone with a background in cryptography who has actually read the entire paper, you don't need to have a MIT or Stanford paper to make a cryptanalysis. In cryptography papers are heavily peer reviewed and skepticism is part of the process the whole time. At the end of the day it boils down to mathematics and computer science and these are provable things, so it's not hypothesis. The paper includes examples of how the attacks can be carried out and under specific conditions. It explains the protocols and the exact mechanisms used to extract the payloads in their settings. All the caveats are stated. Also, it does state that Apple implemented a lot of their recommendations in later versions of iOS and OS X/macOS (their paper references iOS 9.3 and OS X 10.11.4 or later)
Score: 31 Votes (Like | Disagree)

You have to read more than just the title before you can make an informed comment.
Score: 19 Votes (Like | Disagree)

Doesn't sound like a beat up to me. Sounds like good advice and it seems Apple has been favorable at receiving advice in the past. Hopefully, they address the concerns for all our sakes.
Score: 13 Votes (Like | Disagree)

A school cannot be great at more than one field?
Score: 11 Votes (Like | Disagree)
Read All Comments