Twitter has quietly introduced new keyboard shortcuts for iPad owners using Bluetooth and Smart Keyboards, in the latest update to its iOS app.

The new shortcuts were revealed in a series of tweets by Twitter app developer Amro Mousa yesterday. Mousa let it be known that holding down the Command key brings up a shortcut sheet on connected devices running iOS 9 or later. 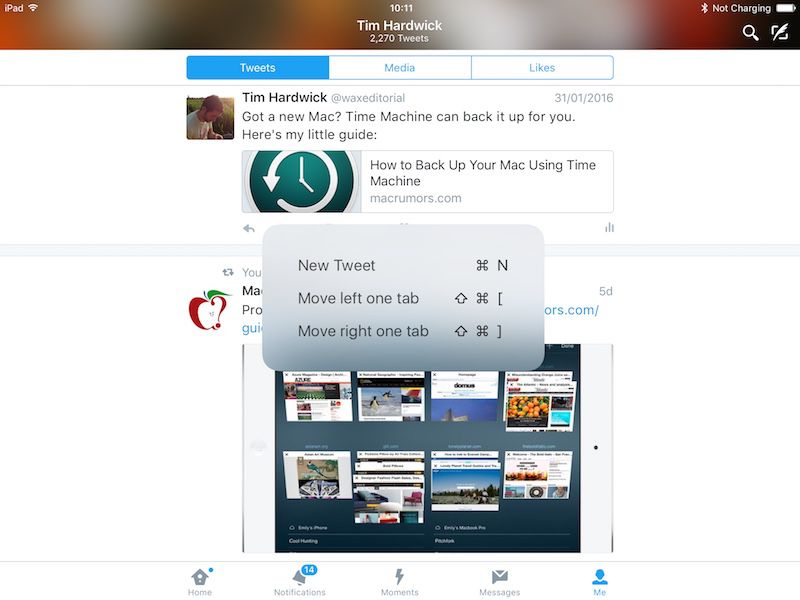 @amdev CMD+R to reply in tweet details or a DM conversation. And CMD+Enter to send. 😋


The additional shortcuts are for closing a tweet dialog (Command+W), replying in tweet details or a DM conversation (Command+R), sending a tweet (Command+Enter), and another way of cycling through Home, Notifications, Moments, Messages, and Me screens in the app (Command+1 through 5).

Twitter can be downloaded from the iOS App Store for free. [Direct Link]