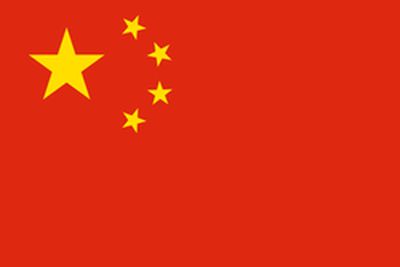 Apple became a target of anti-U.S. protest in China this week, following an international ruling against the country's controversial territorial claims.

Reuters reports that a "handful" of unofficial Apple stores were picketed and social media users encouraged each other to destroy their Apple products, as the company became a symbol of perceived injustice in its biggest overseas market.

Earlier this month, The Hague declared that China has no legal basis for its claim to most of the South China Sea, prompting state media to call the international court a "puppet" of external forces, and accuse the U.S. of turning the Philippines (which filed the case) against China.

About a week later, on Tuesday, over 100 protestors picketed four unofficial Apple dealers in the eastern province of Jiangsu, urging customers not to buy the genuine Apple goods on sale.

"They chanted, 'boycott American products and kick iPhones out of China,'" store owner Zhu Yawei told Reuters. "But nothing really happened: no fights, no smashing."

Meanwhile, anti-Apple sentiment flooded Chinese social media as people took to microblogging site Weibo to upload pictures of what they described as their smashed iPhones.

Not all Apple users shared the same view, however, and state media called for restraint following the limited protests.

"It's cheap nationalism and outright stupidity," said Shan Mimi, a 23-year-old assistant at a Shanghai law firm. "But if you were to offer me an (upcoming) iPhone 7, then I would gladly smash my iPhone 6!"

"I didn't smash my iPhone," one Weibo user told Reuters. "All I did was find a photo (of a smashed handset) on the internet and let off some steam. Boycotting Apple would only make Chinese people lose their jobs - many work for Apple."

Though the protests were small, some observers expressed concern about the impact they could have on Apple in the longer term, citing protests over the country's territorial dispute with Japan in 2012 that turned violent. Japanese automakers suffered plummeting sales in China as a result of the unrest and cut manufacturing in the country by half.

"There's not much Apple or any other foreign firm can do to prevent such patriotic protests," Canalys research analyst Nicole Peng told Reuters. "These incidents happen every few years."

Apple has faced a number of setbacks in China in recent months, including patent disputes, online rights infringement cases, product security reviews, and iTunes store closures. The company has also seen it lose market share due to increased competition from domestic rivals such as Huawei, Vivo and Oppo.

Despite the challenges, Apple continues to expand its retail presence in the country and strategically invest in the market to better understand its wider potential.

US will screw Inida when times fits its crappy interest. US of A is the country that will screw everyone if fits its own interest.

US of A is the self-interest piece of crap in the earth.

One day, the flame of justice will burn all over US of A.

Now let us just watch and see the internal conflicts, white vs black, white vs Hispanic, white vs Muslim, conservative vs liberal, oh and gun owners killing each other. I am enjoying every bit of that.

You should change your name to LovingMao. :D
Score: 18 Votes (Like | Disagree)

Trump is bringing manufacturing back to the US anyways.

This is political satire, right?
Score: 14 Votes (Like | Disagree)

"I didn't smash my iPhone," one Weibo user told Reuters. "All I did was find a photo (of a smashed handset) on the internet and let off some steam."

They really have to copy paste everything ;)
Score: 14 Votes (Like | Disagree)

I cannot wait the day USofA became second rated nation. Mainwhile, I will continue be anti-America.

America, mind your own ****ing business.

USA and :apple: you are welcome in our country INDIA:D:)
Score: 13 Votes (Like | Disagree)

lol it's cute that :
1. You think he's going to be President,and
2. That he would even remotely have the power to do what you just suggested. Gotta love the gullible, Trump sure as hell does...

First off I'm not a Trump supported but be careful, people have been saying he has no chance for a long time meanwhile giving him 80% of the free airtime. Now he's the Republican candidate and news comes out that the democratic party was rigged and biased secretly supporting Hillary. This in itself it a huge issue and will piss off a lot of Bernie supporters. If the democratic party splits because of this, Trump can still win. It's not that far fetched.

Just saying don't count your chickens before they hatch.
Score: 12 Votes (Like | Disagree)

I am genuinely pissed by US gets its hand on our country's affair. I am strong nationalist, just like most of you love your own country.

South China Sea island is ours, I was ours and it will continue be belong to China.

We will defend our nation, even if the cost is war between China and US.

Wether you're trolling or not, the PRC would never risk a direct confrontation with America. Notice how they realised they couldn't bully Japan over the Senkaku Islands, but the Philippines is just an easy mark so they'll continue to see how far they can push it. After a few years of blustering they'll probably 'let' the Philippines fish in the disputed waters as an act of gracious mercy to save face.

Anyway, the PRC's media can rile up people to boycott all the mangoes in the world ('http://www.bbc.com/news/world-asia-china-36780967'), but it's just a way to unite people against other countries in the face of a slowing economy. the PRC desperately needs people to spend their money in China, on Chinese products to stimulate the economy. For instance, any Chinese person wasting their money on education or property in Canada is simply being anti-Chinese :p
Score: 12 Votes (Like | Disagree)
Read All Comments