Apple has introduced a fix for a persistent and frustrating Apple Music bug that caused pre-existing music libraries to sometimes be improperly matched with Apple Music songs, reports The Loop. 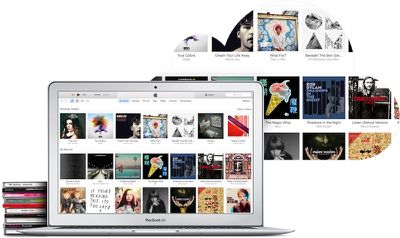 Apple has been quietly rolling out iTunes Match audio fingerprint to all Apple Music subscribers. Previously Apple was using a less accurate metadata version of iTunes Match on Apple Music, which wouldn't always match the correct version of a particular song. We've all seen the stories of a live version of a song being replaced by a studio version, etc.

Using iTunes Match with audio fingerprint, those problems should be a thing of the past.

Users who had songs matched incorrectly via iTunes Match will see their songs rematched to the correct song thanks to the changes that Apple has implemented, and no downloaded copies of songs will be deleted.

Apple is gradually rolling out access to iTunes Match, switching one to two percent of Apple Music subscribers over to the new version each day. The rollout will take some time, and Apple is monitoring the process to make sure there are no issues.

Well it took long enough. Here's to them fixing the Safari freeze issues on El Capitan sometime this year as well.

Still not going to use it, or Apple Music for that matter.

I keep my music in Finder, screw iTunes Bloatware

Just stop. Nobody has to "win". There CAN be competing services, both doing well, you know... personally, I like Apple Music more that Spotify.
[doublepost=1468863906][/doublepost]

So just to make sure... this means I can cancel my Match membership as I'm a Music subscriber?

btrach144
iTunes Match and Apple Music have ruined my perfectly put together library. Just the other night I was listing to Maroon 5 (don't judge) but it showed an album cover for a completely different artist. -__-
Score: 9 Votes (Like | Disagree)

brbttyl
Too bad the "audio fingerprint" system they use also completely sucks. I've had iTunes Match since day 1 and have approx 4,000 albums matched. Over 80% of those albums are what I call "mixed," in that some tracks were matched, and some were uploaded. In many cases, this is not a big deal. In other cases, the "matched" tracks are remastered, while the "uploaded" tracks are not. Listening to one of these albums, half the tracks are at a different volume level and/or contain unwanted fiddling that comes with newer remasters. Apple completely dropped the ball and it doesn't sound like this new fix will really fix much at all.
Score: 8 Votes (Like | Disagree)

Zoboomafoo
Will this change the cover art for Rent to not be Meet Me in St Louis?
Score: 6 Votes (Like | Disagree)

oneMadRssn
To folks that have iTunes Match:
Does it still have issues matching the right versions of songs? E.g., explicit vs clean, compilation vs album, b-sides vs album, live recordings, etc.?
Score: 5 Votes (Like | Disagree)
Read All Comments