Apple quietly updated the "choose your country" selector on its website a few weeks ago in the United Kingdom and other European countries, adding Euro 2016 country groups and a bracket to celebrate the ongoing football tournament in France.

Apple also temporarily added a handful of countries and regions that it does not have regional websites for, including Albania, Iceland, Northern Ireland, Ukraine, and Wales, to ensure that the groups and bracket are filled out properly.

The fun "easter egg" discovery is for the 2016 UEFA European Championship currently being held between June 10 and July 10 in France, where eight teams remain: Belgium, France, Germany, Iceland, Italy, Poland, Portugal, and Wales.

I heard almost 9% of Iceland's entire population made the journey for the tournament. Amazing.

Heh, that reminds me of this picture which I stumbled across: 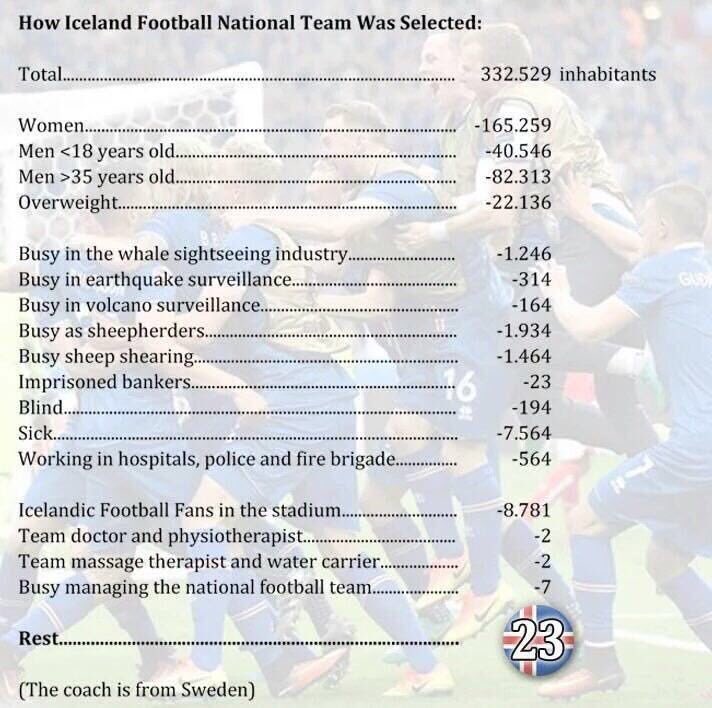 Football?... I think you mean soccer.

Football?... I think you mean soccer.

Umm, no. The game is called football because feet are what's used to manipulate the ball, unlike American football where the players' feet rarely touch the ball. I think soccer is largely an north americanism. Hence the FA Cup: Football Association Cup.
Score: 9 Votes (Like | Disagree)

More like Soccer in American English, Football to the rest of the world (excluding Australia).

The sport is commonly called "soccer" here in Canada too, but I used "football" in this article due to the context:

If it was a U.S.-centric article, I would have used "soccer."

Plus, I included a link to "association football" on Wikipedia for those who are still mind-boggled. ;)

But it's always fun to debate!
Score: 9 Votes (Like | Disagree) 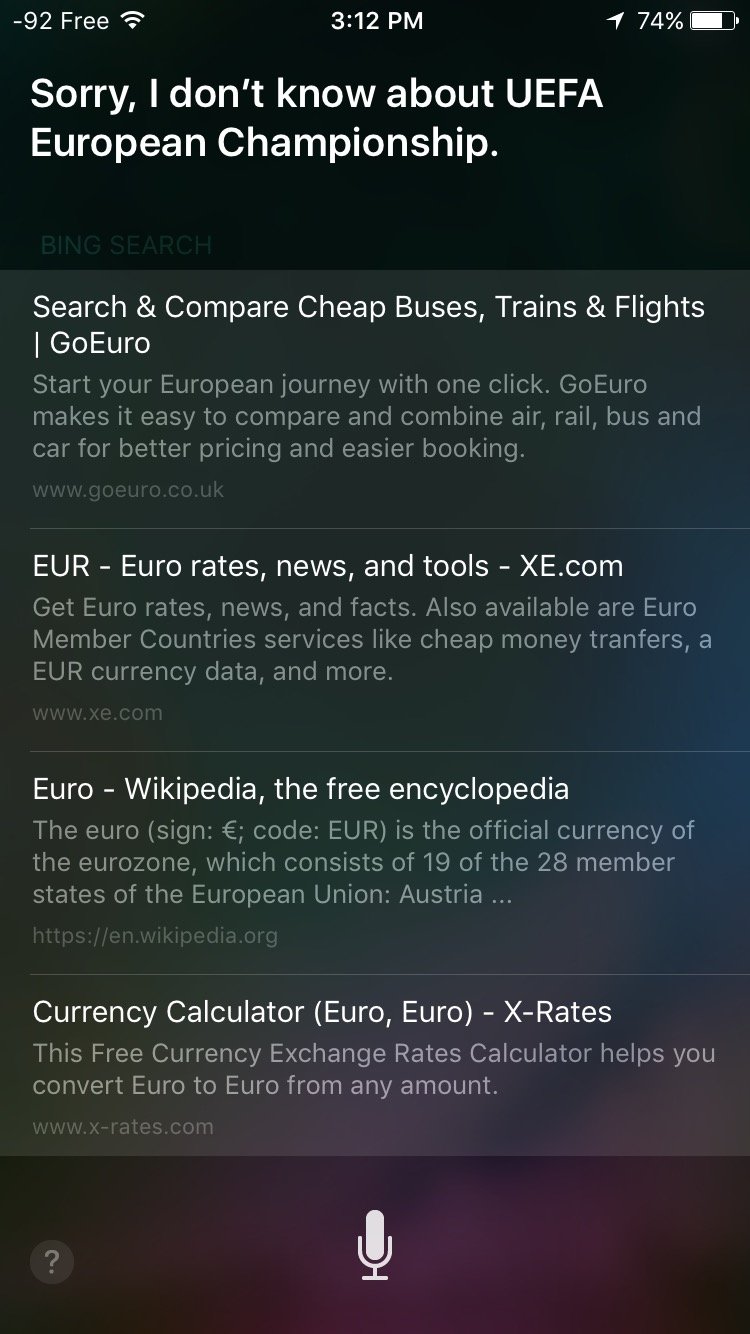 SaxPlayer
Can we throw in some EU referendum jokes, or is that too political? Something about England leaving Europe twice in one week? Of course the joke doesn't quite work as Wales are still in the competition.

I was disappointed to see the Welsh players celebrating England's terrible performance with such gusto. As an England supporter I genuinely feel that Iceland won the game fair and square and we were truly, truly awful. I wish Wales all the best and, despite the fact that Welsh supporters will be expecting England supporters to be cheering on France I for one will be hoping Wales do very well. Fair play to them. :-)

Anyway, that had nothing to do with Apple's Easter Egg so I'll shut up...
Score: 6 Votes (Like | Disagree)
Read All Comments