Google announced yesterday that it has begun rolling out new high-definition satellite imagery of Earth to its Google Earth and Google Maps apps.

The company said it was introducing a new cloud-free mosaic of the Earth's surface made up of high-resolution images taken by Landsat 8, a satellite deployed by the USGS and NASA in 2013.

New Google Earth image of the same area after update
In a blog post announcing the update, Google explained that the seamless mosaic uses new processing techniques for sharper pictures, and was composed out of a mind-blowing amount of open access digital data:


To produce this new imagery, we used the same publicly available Earth Engine APIs that scientists use to do things like track global tree cover, loss, and gain; predict Malaria outbreaks; and map global surface water over a 30 year period.

Some users are reportedly still seeing old images in the app, and Google hasn't offered a specific timeline for completion of the update, which began on Monday. Users can check the blog post for more images and information on the satellite's history.

Google Maps is a free download from the App Store for iPhone and iPad. [Direct Link]

Google Earth is available to download for the Mac here.

jackth29
Conversation I was having less than an hour ago: 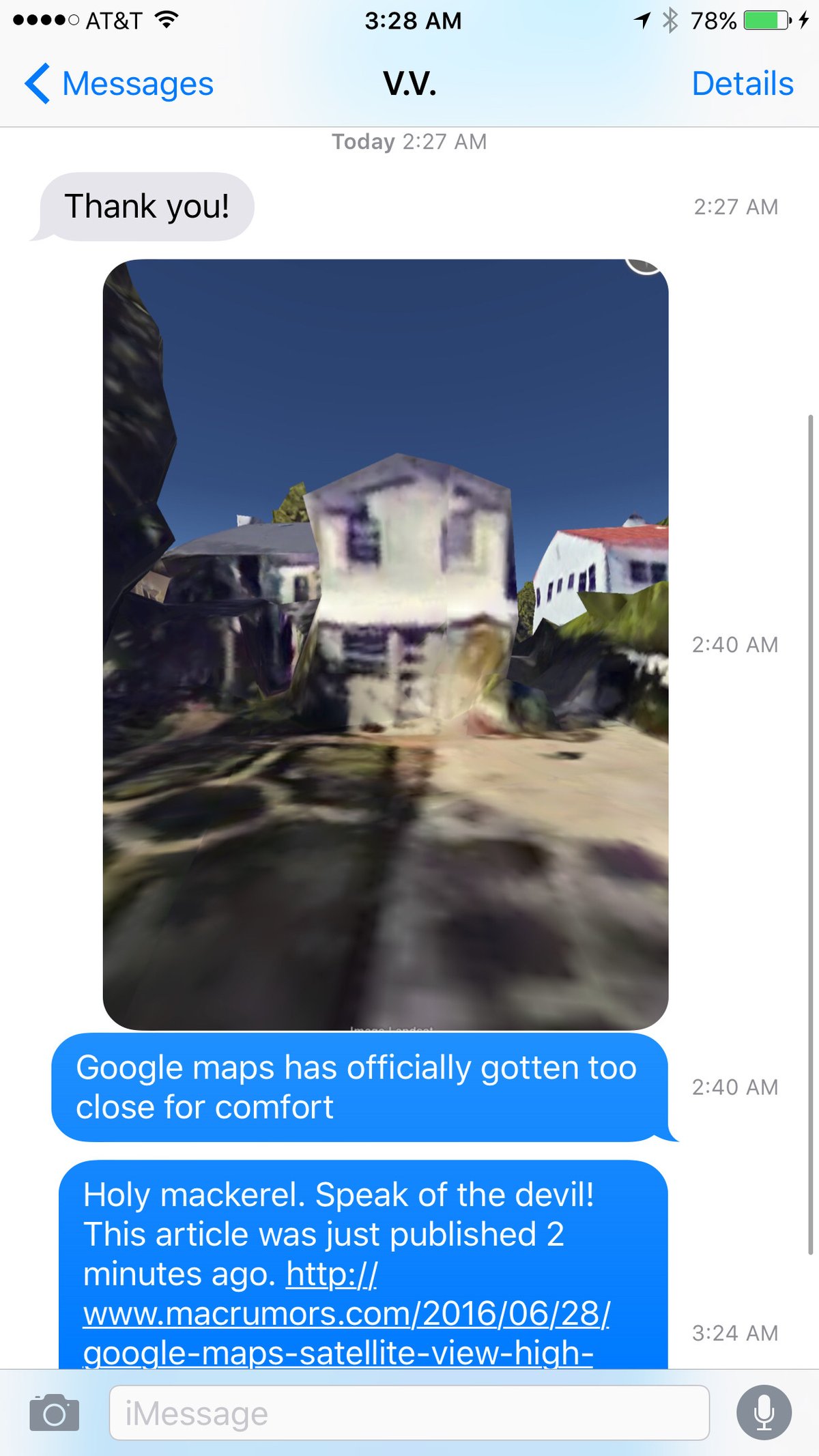 MH01
Google maps. Still way ahead of the competition .
Score: 2 Votes (Like | Disagree)

hanser
In Germany Apple Maps is also far ahead in resolution and actuality. Where I come from I could determine that the picture is from spring 2014, since I could see the fresh grave, covered with flowers, of somebody I knew... Google maps pictures are low rez, washed out and outdated by comparison. Lets see if it improves now.
Score: 2 Votes (Like | Disagree)

In the future we'll see imagery in real time.