Apple helped celebrate equality at the LGBT Pride festival in San Francisco yesterday and thanked employees who registered to take part in the event by gifting them a limited edition rainbow Apple Watch band. 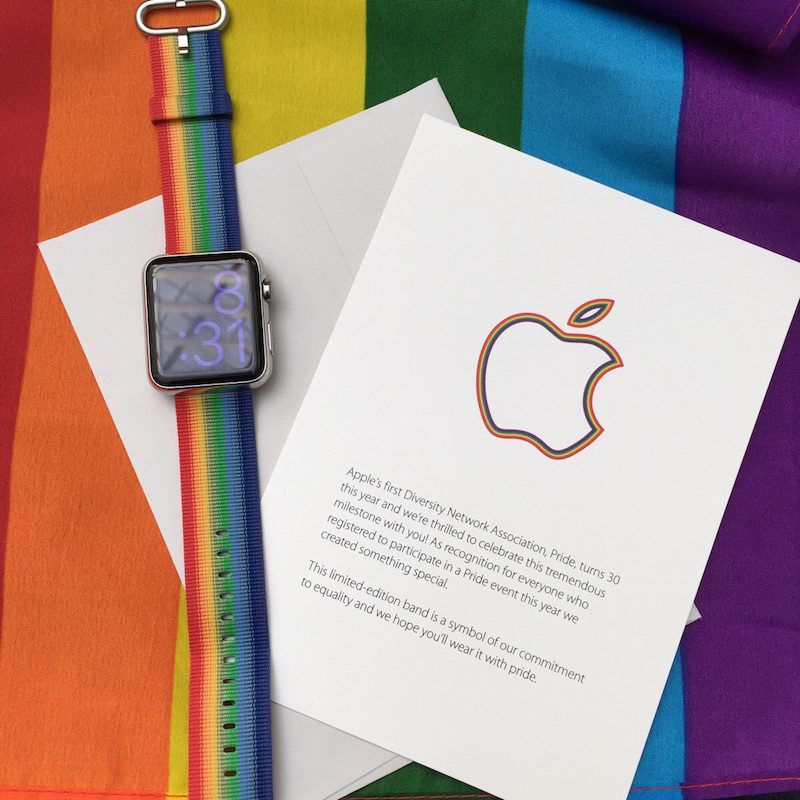 Participating staff received the bands with a card from the company explaining the idea behind the Apple Watch accessory. Reddit user 'Sakusuhon' shared the above image of the band and card, which reads:

Apple's first Diversity Network Association, Pride, turns 30 this year and we're thrilled to celebrate this tremendous milestone with you! As recognition for everyone who registered to participate in the Pride event this year we created something special.

This limited-edition band is a symbol of our commitment to equality and we hope you'll wear it with pride.

Apple staff including CEO Tim Cook joined the annual parade on Sunday as a mark of the company's continuing support for equality and diversity, with many employees taking to social media to show off the colorful bands.

Happy Pride to everyone who turned out this weekend to celebrate! #applepride #pride2016 pic.twitter.com/3GZlc9s6bl


Sadly, there's no indication that Apple plans to include the nylon rainbow bands in its official Watch accessory range.