The Photos app for iOS allows users to zoom into images using pinch gestures, but the zooming capabilities are limited and don't let users to zoom all the way in to a photo. There is, however, a bug in iOS that allows zooming beyond the current limit, shared this morning by iDownloadBlog.

In the iOS Photos app, opening a photo and then using the "Edit" feature and the "Crop" tool to rotate the photo by 90 degrees appears to remove the zooming limit. After rotating the photo sideways, a second edit can be done to rotate it back to the correct angle, leaving the bug intact and allowing for further zooming. 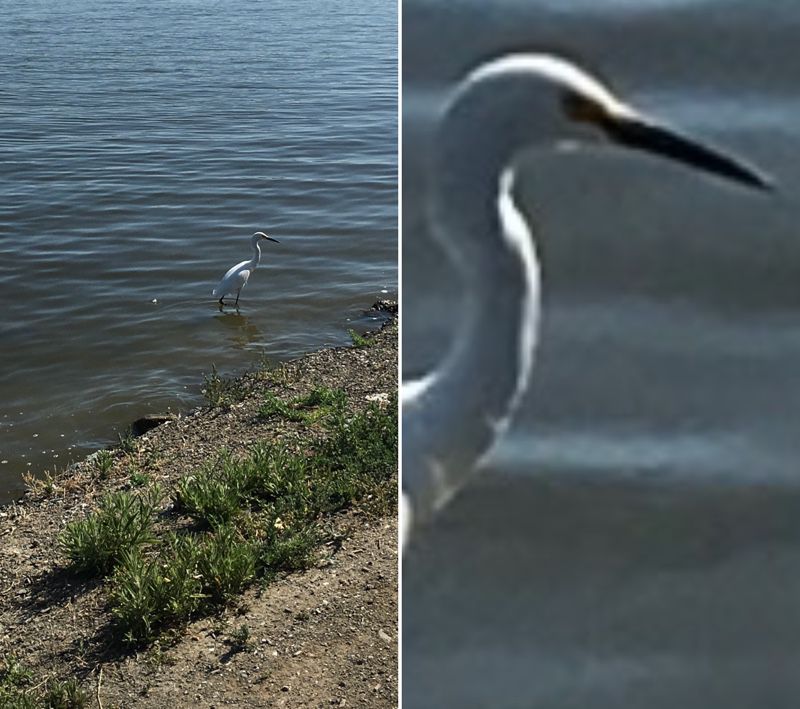 Unlimited zooming is only available on a photo that's been rotated through the Crop tool, and exiting the Photos app or switching over to another image resets the photo so the zoom bug no longer works. A video demonstration is below.


Zooming in beyond the current thresholds in the Photos app is of little practical use in most cases, because the image becomes extremely pixellated, but it could be useful to people who want to zoom into a specific area of an photo just a bit further.

The zooming bug works on iPads and iPhones running iOS 9.3.2 and the iOS 9.3.3 beta. It is not clear when it will be fixed as it's likely a bug that's not a main priority.

JonneyGee
This "bug" sounds more like a feature to me.
Rating: 18 Votes

sputnikv
i've never understood on being limited to zoom into my own pictures. often times i'll resort to taking screenshots of an image zoomed in, and zooming into that
Rating: 17 Votes

TMRJIJ
This is a very useful bug :cool:
Rating: 5 Votes

AnsonX10
As someone that frequently works with graphics at the pixel level, this is a feature that has been missing from iOS since iPhone OS 1.0 (except for couple bugs along the way, similar to this one). For most people, zooming in further would merely be a nice feature for certain photos. But for designers and people that work with graphics in general, it would be amazing.

I literally use [S]Universal Access's[/S] Accessibility's zoom feature at least once every day. I have the pixel smoothing turned off, because I like to look at the pixels for one reason or another. Sometimes it's just to see how a certain program has chosen to do sub-pixel smoothing. Sometimes it's to study something more useful that would otherwise be impossible.

What I don't get is why Apple has the zoom level limited in the first place.
Rating: 5 Votes

This is a very useful bug :cool:

I sometimes think bugs like this are left in there on purpose by a programmer who disagrees with a decision to leave out/limit a feature in some way. Seems easy enough to do once you know how, but not readily discoverable so that it's not caught before being released.
Rating: 5 Votes

keviig
I noticed this a few days ago! Didn't really think of it as a bug though. I actually prefer it this way. I don't see why limiting zoom benefits anyone.
Rating: 4 Votes

i've never understood on being limited to zoom into my own pictures. often times i'll resort to taking screenshots of an image zoomed in, and zooming into that

• Apple Releases iOS and iPadOS 13.3.1 With Toggle for Turning Off U1 Chip in Latest iPhones (73)
• Two of the iPad's Creators Share Thoughts on Its Development, Evolution, and More (32)
• Filmic's New DoubleTake App Lets iPhone Users Shoot Video From Multiple Cameras Simultaneously (45)
• 'iPhone 9' Production Reportedly Scheduled for February, But Could Be Impacted By Coronavirus Outbreak (61)
• MGM Held Talks With Apple and Netflix to Gauge Interest in Acquisition (119)
• FCC Opens Up 3.5GHz Spectrum for Full Commercial Use, Apple's Newest iPhones Already Offer Support (29)
• Apple Patent Imagines iMac Made From a Single Sheet of Glass (125)