Amid a growing number of complaints over iOS 9.3.2 bricking some 9.7-inch iPad Pro models, Apple yesterday pulled the iOS 9.3.2 update. 9.7-inch iPad Pro users who have not installed iOS 9.3.2 no longer see the update, with iOS 9.3.1 now listed as the most current version of iOS 9 available for download.

Shortly after iOS 9.3.2 was released, MacRumors began receiving reports that the update was causing an "Error 56" message on some 9.7-inch iPad Pro devices. Not all iPad Pro users were affected, but those who were saw their devices rendered unusable. The error message instructed users to plug their devices into iTunes to restore, but restoring did not fix the problem, leaving the iPad Pros bricked. 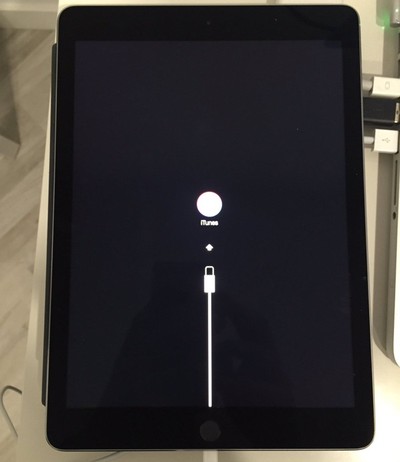 An iPad Pro bricked after installing iOS 9.3.2. Image via Twitter.
Since then, MacRumors has heard several reports suggesting Apple is replacing iPad Pros bricked by the update, with no other simpler fix readily available. Users who are affected should contact Apple Support for assistance.

Apple has said it is looking into the issue, but did not offer details on what was causing the problem. The iOS 9.3.2 update will remain unavailable on the iPad Pro until a fix is found.

Update: Apple told iMore it is working on a fix and plans to issue an update soon.

We're working on a fix for an issue impacting a small number of iPad units that are receiving an error when trying to update the software. We'll issue an update as quickly as possible.

Michaelgtrusa
The more I see these kinds of issue the more I think Apple need a internal overhaule.
Score: 52 Votes (Like | Disagree)

What's this, the 4th time an update has been pulled due to bugs?
They must need an awful lot of bananas to feed those monkey's they have in the internal iOS quality assurance teams!
Score: 27 Votes (Like | Disagree)

yaxomoxay
which means the problem is real and bigger than just a few complaints.
Score: 17 Votes (Like | Disagree)

H2SO4
This is EXACTLY why we should be able to block automatic updates.
My phone downloaded an update and it annoyed me as I have every setting I can think of set to NOT do that. Deleted it a couple of times and it happened again. So I left it this time.
Then it told me it would install in the middle of the night and I’m pretty sure I declined that too. Now guess what the update has taken effect - don’t know exactly when. Now in this instance it was fine but………...
Score: 17 Votes (Like | Disagree)
Read All Comments