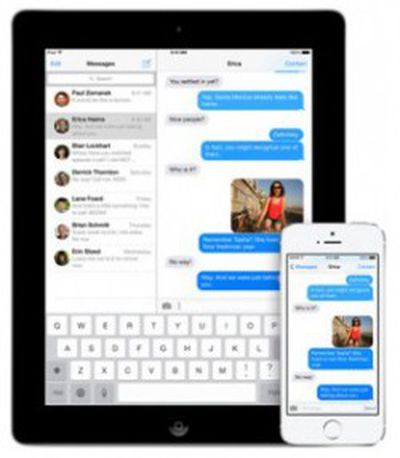 VoIP-Pal announced today that it has filed a lawsuit against Apple in a U.S. District Court in Las Vegas, Nevada, seeking over $2.8 billion in damages for alleged infringement of its patented internet communication technologies.

The Bellevue-based company calculated its $2,836,710,031 figure using a 1.25-percent royalty rate based on an apportionment of Apple's estimated historical profit from iPhone (55-percent), iPad (35-percent), and Mac (10-percent).

VoIP-Pal (VPLM) has over a dozen issued or pending patents, primarily related to VoIP technologies, a few of which it accuses Apple of infringing upon with services like FaceTime and iMessage on iPhone, iPad, and Mac.

The court filing cites multiple ways that Apple is allegedly infringing upon the patents, including the following iMessage claim:

The lawsuit was originally initiated on February 9, but VoIP-Pal delayed pursuing legal action until Monday as the company says it remains engaged in discussions with Apple outside the courtroom regarding an amicable resolution. The company appears to be open to a sale or licensing of its patent portfolio.

"We are confident the current good will on both sides will result in a favorable outcome for all parties involved," said Emil Malak, CEO of VoIP-Pal.

VoIP-Pal, which acquired network operator Digifonica in 2013, describes itself as "a technical leader in the broadband VoIP market." The company does not currently generate income, but insists it is "absolutely not" a patent troll, noting that Digifonica began designing its system back in 2004.

We designed, built and tested super-nodes and nodes in Canada, England, and Norway, spending more than $17 million on development and execution in the process. At one time, we had more than twenty (20) engineers working on the software design and implementation. […]

Due to the Great Recession in the mid 2000’s, Digifonica was unable to continue supporting the platform, while it was continuing its significant investment in protecting the intellectual property it had developed. […]

The infringing companies are making billions of dollars using technology that were conceived, designed, built, tested and patented by Digifonica.

VoIP-Pal has filed similar lawsuits against AT&T and Verizon in Las Vegas court.

I had conceived, designed, and tested a variation of that joke in another thread a few years ago. Nobody laughed or liked the post, but I'm going to go ahead and sue you for joke infringement.

I'd be happy to settle. Just send me one of those new MacBooks and we'll call this thing even.
Score: 49 Votes (Like | Disagree)

Steve121178
The entire patent system needs to be reviewed. The things some companies have been awarded patents for is ridiculous.
Score: 45 Votes (Like | Disagree)

sputnikv
they say they're not, but they most definately sound like patent trolls
Score: 43 Votes (Like | Disagree)


VoIP-Pal, which acquired network operator Digifonica in 2013, describes itself as "a technical leader in the broadband VoIP market." The company does not currently generate income, but insists it is "absolutely not" a patent troll ('http://media.wix.com/ugd/768c4e_c10cb778efe14a5091ad537ee9360f92.pdf'), noting that Digifonica began designing its system back in 2004.VoIP-Pal has filed similar lawsuits against AT&T and Verizon in Las Vegas court.

This is pretty much the textbook definition of a patent troll - company acquires other company for patents, does not make a product, and then starts suing others for patent infringement.
Score: 32 Votes (Like | Disagree)

Shanesan
Patenting a way for a computer to detect whether a device is registered with a central server or not?

Well blow me down, what a billion dollar idea.
Score: 29 Votes (Like | Disagree)

Patenting a way for a computer to detect whether a device is registered with a central server or not?

Well blow me down, what a billion dollar idea.

Not much better than Apple patenting slide to unlock, page turning, and pinch to zoom...
Score: 20 Votes (Like | Disagree)
Read All Comments