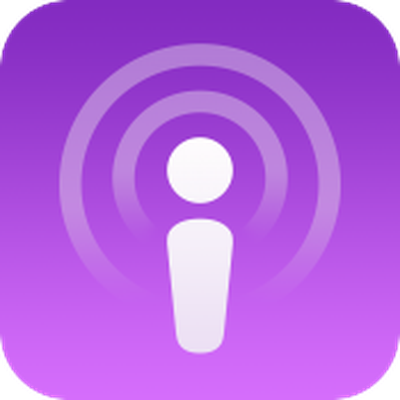 Apple has held a special meeting with leading podcasters in an attempt to address concerns that the company is failing to adequately support the iTunes broadcast community, reports The New York Times.

According to the piece published today, the meeting took place last month at the company's Cupertino headquarters, where seven top iTunes podcasters were invited to air their grievances regarding Apple's handling of the popular audio format in recent years.

The podcasters expressed in "frank terms" their biggest issues to a room full of Apple employees, according to two attendees who spoke on condition of anonymity after signing nondisclosure agreements.

At the top of the complaints list was a frustration among podcasters at their lack of ability to make money through subscription downloads, mainly due to insufficient access to data about their listeners – data that they argued Apple is in a unique position to provide.

The program producers also took issue with iTunes' limited sharing features, which take multiple clicks to advertise content on social media. In addition, podcasters said they had been "relegated to wooing a single Apple employee" when it came to discussing issues, such as perceived inconsistencies in the way iTunes elects to promote content.

After the meeting was over, SVP Eddy Cue met with Apple employees separately in a closed-door session to discuss the issues that had been raised by the podcasters, but the company did not make any promises to address their concerns, according to the sources.

Apple essentially gave birth to the mainstream podcasting community in 2005 when it released iTunes 4.9 with native support for podcasts. Within a year, public radio networks like the BBC, CBC Radio One, and National Public Radio had placed many of their radio shows on the platform.

The format's popularity has surged in recent years, with many amateur podcasters going professional and major media organizations posting new shows every week. In 2014, breakout hit "Serial" garnered 110 million downloads as listeners avidly followed the radio spin-off's re-examination of a murder case. In 2015, at least 46 million Americans listened to podcasts each month. That figure is expected to reach 57 million by this year's end, according to a survey by Edison Research.

The report notes that podcasts bring Apple no direct revenue and its iTunes podcasting hub has changed very little since it was introduced, while promotion is decided by a small team that fields pitches and conducts its own outreach.

In a statement to The New York Times, Apple SVP Cue said, "We have more people than ever focused on podcasting, including engineers, editors and programmers." Cue added, "Podcasts hold a special place with us at Apple."

With Google and Spotify now actively promoting their own podcast promotion and distribution services, time will tell whether broadcasters agree.

tasset
Wait, so podcasters top grievance is a lack of customer data that they can use to monetize, or charge subscriptions?
I love podcasts but it would be a huge turnoff if the medium turned into yet another monthly fee.
Score: 28 Votes (Like | Disagree)

No. Just no. Yes, podcasting got a big boost when iTunes supported it, but they were going strong before that.

Questionable memory. You do know where the name came from? Here's a clue: iPod. Before this it was audio-blogging and globally didn't make a blip. Apple absolutely put pod-casting on the map.
Score: 21 Votes (Like | Disagree)

GadgetDon
"Apple essentially gave birth to the mainstream podcasting community in 2005 when it released iTunes 4.9 with native support for podcasts." No. Just no. Yes, podcasting got a big boost when iTunes supported it, but they were going strong before that.
Score: 20 Votes (Like | Disagree)

"Apple essentially gave birth to the mainstream podcasting community in 2005 when it released iTunes 4.9 with native support for podcasts." No. Just no. Yes, podcasting got a big boost when iTunes supported it, but they were going strong before that.

Mainstream. Podcasts were around, but "going strong" is a bit much. Apple introduced it to a very wide audience. Mainstream.
Score: 20 Votes (Like | Disagree)