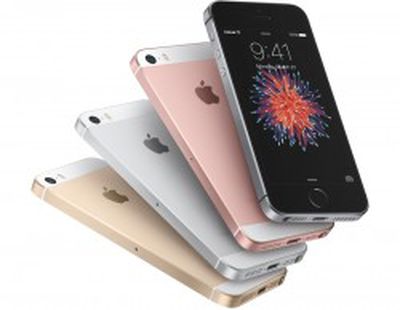 In line with Apple CEO Tim Cook's recent comments about "very strong" iPhone SE demand exceeding supply, the company has reportedly increased orders for the low-priced 4-inch smartphone in the second quarter of 2016.

DigiTimes claims that the second-quarter outlook for iPhone SE-related chip orders has been revised to more than 5 million units, up from 3.5-4 million, and the upward trend is expected to continue through the third quarter.

In a related report, the Taiwanese website notes that Apple has conversely lowered orders for the iPhone 6s and iPhone 6s Plus due to declining sales of the flagship handsets. Last week, Apple announced its first-ever year-over-year decline in iPhone sales, which dropped to 51.2 million from 61.2 million in the year-ago quarter, and provided third quarter guidance that suggests the decline will continue.

While the lower-priced iPhone SE could help Apple combat its overall decline in smartphone sales, Apple analyst Neil Cybart of Above Avalon notes that the device has a lower average selling price (ASP) and smaller profit margins. Those pressures, alongside other warning signs, leads him to believe that Apple "has a significant iPhone growth problem on its hands" right now.

When looking at all of these iPhone warning signs, it is becoming clear that Apple has a significant iPhone growth problem on its hands. The combination of a slowing iPhone upgrade rate and declining number of growth catalysts for expanding the iPhone's addressable market will make it very difficult for management to report unit sales growth going forward given its current strategy. In addition, the iPhone SE highlights how any strategy to fix some of these issues will likely end up jeopardizing iPhone ASP and margin trends.

One of Cybart's warning signs is that "India is not the next China," despite being positioned as one of the next big growth markets for iPhone. India has reportedly rejected Apple's request to import and sell refurbished iPhones in the country, following a similar proposal rejected in 2015, and its regular-priced iPhones are too expensive to attract significant market share in the region.

Nevertheless, the analyst ensures that the iPhone business is "not imploding," citing industry-leading customer satisfaction rates and loyalty trends. He believes that Apple can pull through this declining iPhone environment with a strategy that involves ditching the "S" model nomenclature, focusing on features that customers truly want, and recognizing the iPhone SE's effect on its broader smartphone lineup.

Crosscreek
Peeps laughed at a 4" phone but 1 month later and I'm still loving mine.
Score: 18 Votes (Like | Disagree)

That's the proper size for a phone. Nice to see SOMEONE got it right... too bad it's Apple.

Why browse an Apple forum if you've no interest in Apple.
Score: 11 Votes (Like | Disagree)

PortableLover
Perhaps apple could make a 128gb one?
Score: 6 Votes (Like | Disagree)

Mac Fly (film)
Only $1B in profit every 8 days!?? I think it's time for Apple to replace Tim with a real businessman named Donald.

I can picture the keynote now: stage-left, two half naked live "Barbie dolls" with white gloves stand either side of a spinning mirror gold diamond encrusted Apple logo leashed with two random lions and the man himself out front donning a royal cape:

pedrom
I don't get it. So what? Every single OEM, Google and Microsoft would trade places with Apple as soon as they could, because Apple has the best business, by far.

How is it that a continuously growing user-base of the most valuable users of (if not the) the most lucrative industry on the planet is not enough?

So only making way more money than any competitor could ever dream off isn't enough? What if it drops a bit? What if it drops a really huge amount, and Apple is only a great business like Google or Microsoft? Doomed? Is Google doomed despite being great at exactly 0 things outside of their Ad business? Is MS doomed as well?

Apple has lots of problems that piss me off and they need to focus on (graphical performance under OS X, the disaster that is the Mac App Store, the disaster that is their Pro Market, the shameful decisions that allow the 13" cMBP and the MBAir being listed for sale on their websites, 1GB Ram and 16GB iOS devices, iPod Nano, 2GB Shuffle, HDD on Macs, Poor Graphical hardware on Macs) and they should think of the 85 % of people around the world that won't/don't want/can't buy their products, but cut the crap with this "doomed" BS.

At this time, they are the most lucrative public traded company of all time. If they are losers, aren't we all even worse? What is Dell? What is Google? What is Lenovo? What are almost all MR users?
Score: 5 Votes (Like | Disagree)
Read All Comments