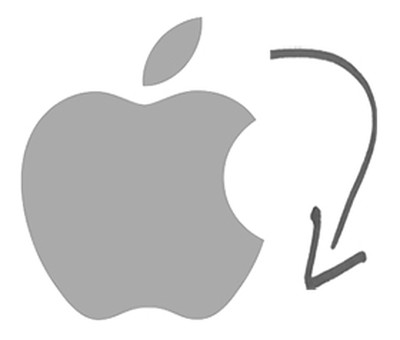 Apple is set to announce its financial earnings results for the second quarter of the 2016 fiscal year at 1:30 p.m. Pacific, and the consensus among analysts is that the iPhone maker will report its first quarterly revenue decline in over a decade.

Wall Street analysts project that Apple will report revenue of around $52 billion, or nearly a 10-percent decline compared to the year-ago quarter. Today's earnings results are based on the three-month period between December 27, 2015 and March 26, 2016.

Apple itself projected quarterly revenue of between $50 and $53 billion, compared to $58 billion in the year-ago quarter, possibly signaling the end of over 50 consecutive quarters of year-over-year revenue growth dating back to 2003.

Tim Cook, CEO, already cautioned investors that iPhone sales will likely decline in the second fiscal quarter. That decline will be realized if Apple sells fewer than 61.2 million iPhones this quarter, which appears likely given most analysts expect sales to hover around the 50 to 51 million mark.

Apple's quarterly revenue between 2005 and 2016 (Source: Statista)
iPhone SE sales will not be included in that total, as the lower-priced smartphone launched on March 31, five days after the quarter ended.

AAPL is trading slightly lower on the NASDAQ at around the $104 mark in pre-market trading ahead of today's announcement.

keysofanxiety
Good. Hopefully revenue decline might encourage them to update some of their products. Once they stop caring about squeezing as many profits from 16GB storage phones and aged tech in their computers, they might consider giving people a bit of value for money.

If they know they'll have revenue decline regardless of what they do, they might stop penny pinching.
Score: 68 Votes (Like | Disagree)

Benjamin Frost
I feel that Tim Cook's time as caretaker CEO is done.

He's guided Apple to outstanding profits, but has not shown that he can take Apple to new heights in the long-term. The Apple Watch is not a worthy successor to the Mac, the iPhone and the iPad, in my opinion.

In the five years that he has been CEO, he has never shown the passion for Apple products that Steve Jobs did. As a result, the public has become less enthusiastic also.

Finally, the area that Apple most needs attention is services. Eddy Cue is not the right man to lead this area, to put it mildly. Apple needs a major culture change to instil the right ethos for making high quality services. It goes against their traditional culture in a fundamental way, and requires strong leadership to overcome resistance in Apple. Tim Cook is not able to give this leadership, nor does he have the headhunting chops to find the right person; he is too nice, and doesn't have the sharpness in this field.

spiderman0616
Apple is a victim of its own success. The iPhone 6/6 Plus in 2014 filled a lot of pent up demand. It's not just a tough compare, it's an impossible compare. Wall Street and bloggers alike are interpretting this as the end for the iPhone. That couldn't be further from the truth.
Score: 40 Votes (Like | Disagree)

Dilster3k
Very good. Their last September event was incredibly lacklustre, and especially last March's event that mainly revolved around left overs. (Things that could've been released last year but weren't to avoid cannibalising their own products)

They need a drastic attitudinal shift.
Score: 40 Votes (Like | Disagree)

Good. Maybe revenue decline might encourage them to update some of their products. Once they stop caring about squeezing as many profits from 16GB storage phones and aged tech in their computers, they might consider giving people a bit of value for money.

This decline has nothing to do with anything you just said.
[doublepost=1461675021][/doublepost]

I feel that Tim Cook's time as caretaker CEO is done.

He's guided Apple to outstanding profits, but has not shown that he can take Apple to new heights in the long-term. The Apple Watch is not a worthy successor to the Mac, the iPhone and the iPad, in my opinion.

It's time for new blood.

This decline would have happened even if Steve Jobs were still alive and running Apple. No product can grow forever.
Score: 33 Votes (Like | Disagree)
Read All Comments