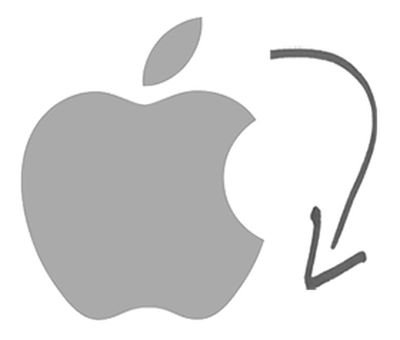 Apple today reported its first year-over-year decline in quarterly revenue since 2003, and its guidance for the third quarter of the 2016 fiscal year suggests that the downward trend is likely to continue.

Apple expects third quarter revenue of between $41 billion and $43 billion, which would be up to 18 percent lower than the $49.6 billion in revenue it posted in the year-ago quarter.

The company also expects a gross margin between 37.5 percent and 38 percent, operating expenses between $6 billion and $6.1 billion, other income/expenses of $300 million, and a tax rate of 25.5 percent.

Apple's first revenue decline in thirteen years is largely attributable to the first ever year-over-year decline in iPhone sales, which dropped to 51.2 million from nearly 61.2 million in the year-ago quarter.

Meanwhile, Apple experienced growth in both its Services and Other Products categories, the latter of which totaled $2.19 billion and includes sales of iPods, Apple TVs, Beats Electronics, and Apple-branded and third-party accessories.

The Americas remain Apple's largest market with $19.1 billion in revenue, followed by China where revenue fell rather sharply to $12.5 billion compared to $16.8 billion in the previous March quarter.

Fender2112
To be fair, people are tired of paying a premium for old technology.
Score: 11 Votes (Like | Disagree)

69650
Apple have been taking their customers for granted for too long and it's coming back to bite them in the ass now.
Score: 10 Votes (Like | Disagree)

Now the question is, will Apple fade away or create another amazing product? Needless to say Apple has been riding the successful wave of the iPhone for long enough, touch screen smart phones are common place now, Apple isn't the only company making them, so they can no longer rely on the iPhone to fuel their successes.

Sorry Apple, you need to do something or put a for sale sign on that new campus already.
Score: 5 Votes (Like | Disagree)

555gallardo
The day had to come... On the other hand, this one should been expected.
Score: 5 Votes (Like | Disagree)

pcmacgamer
Gonna have to really innovate to get people to upgrade products yearly. Not surprised much by the drops. The markets for all their product lines are pretty saturated.
Score: 5 Votes (Like | Disagree)