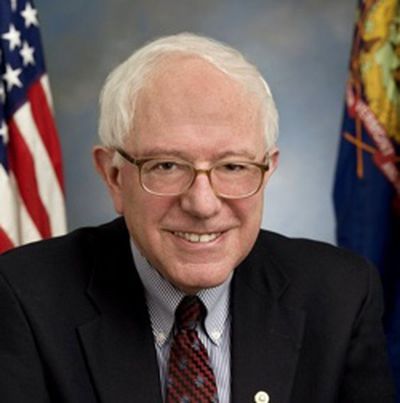 Bernie Sanders, candidate for the 2016 Democratic presidential nomination in the United States, was today queried about Apple in an interview with the Daily News, where he commented on the company's manufacturing policies and rumors that Apple dodges taxes.

When asked if Apple is part of corporate America that is "destroying the fabric of our nation," a question inspired by statements made by Sanders' himself, Sanders said he does not believe that to be the case, instead pointing the finger at big banks like JPMorgan Chase and corporations like General Electric. He went on to clarify that he would, however, like Apple to move manufacturing of some devices to the United States and pay a fair share of taxes.

No, Apple is not destroying the fabric of America. But I do wish they'd be manufacturing some of their devices, here, in the United States rather than in China. And I do wish that they would not be trying to avoid paying their fair share of taxes.

Sanders is not the first presidential candidate to comment on Apple's manufacturing policies, with Donald Trump also claiming he would force Apple to manufacture its products in the United States.

Though the bulk of Apple products are manufactured overseas, Apple has in fact made an effort to move some production jobs back to the United States, something that Sanders and Trump both appear to be unaware of. Apple's Mac Pro line of computers is assembled by Flextronics in Austin, Texas, an effort that cost Apple $100 million. Many third-party components used in Apple devices are also created by suppliers located in the United States, as Re/code points out. Corning's Gorilla Glass, used in iPhones and iPads, is made in Kentucky, for example.

In a December interview with Charlie Rose, Apple CEO Tim Cook gave some color on why Apple products are made in China. "It's skill," he said, going on to explain that China has focused heavily on training people to create machinery and parts for electronic devices.

The US, over time, began to stop having as many vocational kind of skills. I mean, you can take every tool and die maker in the United States and probably put them in a room that we're currently sitting in. In China, you would have to have multiple football fields.

When it comes to taxes, Tim Cook has previously said that Apple pays all of the taxes that it owes. During the same December interview, he said accusations Apple avoids taxes on revenue held overseas is "total political crap." "There is no truth behind it," he said. "Apple pays every tax dollar we owe."

Corrode
What's he talking about? They make the 10 Mac Pros they sell every year in America.
Score: 75 Votes (Like | Disagree)

erzhik
Bernie is insane. Does he really think that all major corporations and rich people will move their money to US banks so that they can pay ridiculous taxes that he is proposing? He and his supporters are insane.

"Hey guys, move everything (cash, production) to US, so that I can tax you 60%. You'll give away all of your money, but at least you can tell people that you manufacture in US"
Score: 57 Votes (Like | Disagree)

Izauze
Bernie > Hillary > Kasich > puddle of slime > Trump > Cruz (who actually believes with the fury of god all of the insane things that Trump just pretends to for money/power/votes)
Score: 32 Votes (Like | Disagree)

drewyboy
This makes my blood boil. Typical "fair share" crap. No one ever has an answer on what that should be with the ability to defend it.
Score: 27 Votes (Like | Disagree)
Read All Comments