Apple today announced that its redesigned Mac Pro will go on sale tomorrow through the company's online and retail stores, as well as select authorized resellers.

Designed around an innovative unified thermal core, the all-new Mac Pro packs unprecedented performance into an aluminum enclosure that is just 9.9-inches tall and one-eighth the volume of the previous generation.

Pricing for the Mac Pro begins at $2999, with a second stock configuration available for $3999. Apple has yet to announce full build-to-order pricing, but earlier this week we outlined expected retail pricing based on price quotes being offered to some business customers. Based on these quotes, a fully loaded Mac Pro will cost approximately $9999.

Update: Apple CEO Tim Cook has posted a Tweet regarding tomorrow's launch, including a photo of new Mac Pro units on the assembly line in Austin, Texas.

We have begun manufacturing the Mac Pro in Austin. It’s the most powerful Mac ever. Orders start tomorrow. pic.twitter.com/Jrd1Gic3Ya — Tim Cook (@tim_cook) December 18, 2013

JaySoul
Anyone need a kidney?
Score: 81 Votes (Like | Disagree) 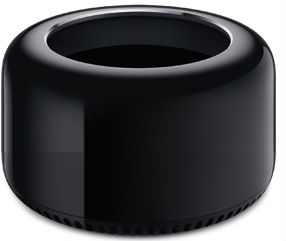 AidenShaw
why does it say "available to order", and not simply "available".

I made an account just to tell you that was not funny nor clever. What the **** is wrong with the people on this website?
Score: 14 Votes (Like | Disagree)

Why would a boutique shop need a Mac Pro?

Friday February 26, 2021 3:35 am PST by Tim Hardwick
Microsoft co-founder Bill Gates this week participated in his first meeting on Clubhouse, the increasingly popular invite-only conversation app, where he fielded a range of questions as part of an ongoing book tour. Gates was interviewed by journalist Andrew Ross Sorkin, and given that the Clubhouse app is currently only available on iOS, naturally one of the questions that came up was...
Read Full Article • 276 comments