Former chairman and CEO of General Electric Jack Welch had an opportunity to purchase Apple for $2 billion and passed at the chance, according to information shared by Bob Wright in an interview with The New York Post about his book The Wright Stuff: From NBC to Autism Speaks.

Back in 1996, when Apple was struggling ahead of Steve Jobs' return, then CEO Michael Spindler, who took over after John Sculley was ousted, was "practically begging" General Electric to buy Apple. 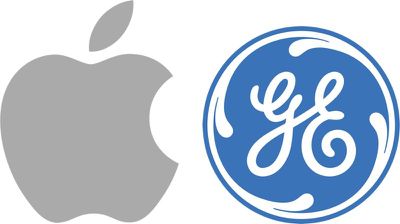 "The stock price was $20, and [Spindler] was explaining he couldn't get the company moving fast enough and the analysts were on his case," Wright told The Post in an interview on Tuesday. "He was sweating like mad and everybody said, 'We can't manage technology like that.' We had a chance to buy it for $2 billion."

A purchase by General Electric would have radically changed the company's history and it's questionable whether Apple would still be around as a brand today had that happened. Later that same year, after GE declined to make the purchase, Apple bought NeXT for $427 million and Steve Jobs returned to lead the company in 1997.

One of Jobs' first major projects was the iPod, which launched in 2001 and set the company on its current path. The iPhone followed in 2007, the iPad came in 2010, and the Apple Watch, Apple's newest product, launched in 2015.

dacreativeguy
"One of Jobs' first major projects was the iPod" ????? The iMac saved the company. iPod didn't come around until several years later.
Score: 40 Votes (Like | Disagree)

thevofl
And if they had, we would still be stuck on our Blackberries.
Score: 31 Votes (Like | Disagree)

ZipZap
Not sure how news worthy this is...at the time Welch made the right call. You cant use today's view of Apple to judge a decision from 1996. Nor can you say that GE would have done a better or worse job.
Score: 15 Votes (Like | Disagree)

4ubrey
In what world would Steve Jobs have stopped what he was doing at NeXT to go join GE as some SVP?

The success of Apple from 1996-Present was almost single-handedly decided by Steve Jobs.
http://fortune.com/2009/11/05/fortune-magazine-names-apples-steve-jobs-ceo-of-the-decade/
Score: 11 Votes (Like | Disagree)

Microsoft did it to avoid becoming a monopoly. Also I agree with the Apple wouldn't have been the same anyway statement.

If GE bought Apple, There would be no Apple, GE would have smothered it with muddle management and infighting. It would die like a python smothering its prey.

You would have no OS X, no ipads or iphones. We would still be using antiquated dumb phones and blackberries.

So GE did the right thing, because it would have been blowing 2 billion dollars to waste.
Score: 10 Votes (Like | Disagree)
Read All Comments

Monday September 26, 2022 7:34 am PDT by Sami Fathi
Today marks exactly two weeks since Apple released iOS 16 to the public. Besides the personalized Lock Screen, major changes in Messages, and new features in Maps, the update has also seen its fair share of bugs, performance problems, battery drain, and more. After major iOS updates, it's normal for some users to report having issues with the new update, but such reports usually subside in...
Read Full Article • 236 comments