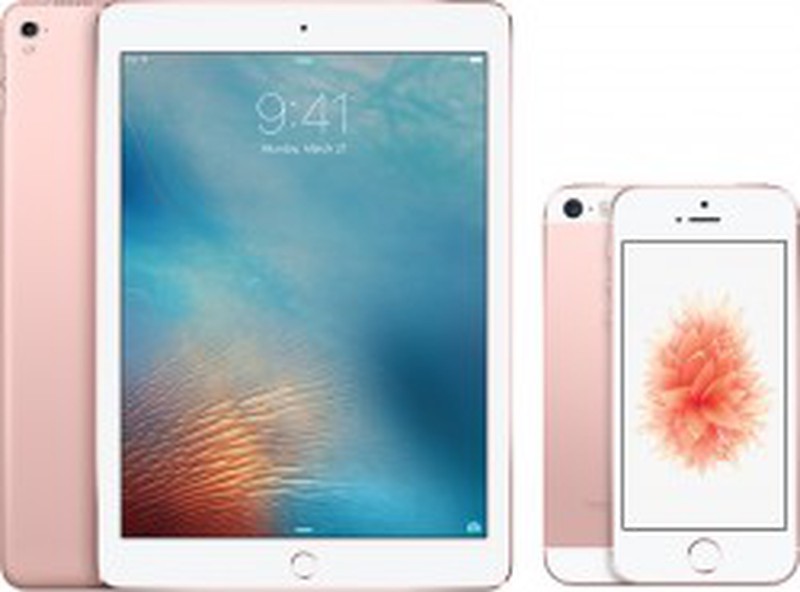 Chip orders from Apple for the second quarter of 2016 have been notably slow, according to unnamed sources in the integrated circuit supply chain (via DigiTimes).

Overall, chip orders placed by Apple for Q2 are expected to be only slightly higher than those for Q1, despite the launch of the company's 4-inch iPhone SE and 9.7-inch iPad Pro earlier this month.

First-week sales of Apple's new devices have been disappointing, according to the sources, while chip shipments for the iPhone 6s and 6s Plus for the second quarter of 2016 are likely to be halved from those shipped in the first quarter. According to DigiTimes:

The same sources claim chip orders from Apple are unlikely to return to the previous high levels until after the third quarter of 2016, when its next-generation iPhone, iPad, MacBook and iMac products become available.

Taiwan-based website DigiTimes has a mixed track record at reporting on Apple's upcoming product plans, but its sources within the upstream supply chain have proven reliable in the past.

Back in February, the site claimed Apple would ship 9.8 million iPads in the first quarter of 2016, potentially its lowest quarterly tablet sales since the iPad 2 in mid 2011.

In January, Apple CEO Tim Cook confirmed during the company's financial earnings conference call that iPhone sales would likely decline in the March quarter, marking the first year-over-year decline since the smartphone was released in June 2007.

Apple forecast that its total revenue in Q2 2016 would be between $50 and $53 billion, compared to $58 billion in the year-ago quarter, signaling the company's first year-over-year drop in revenue in thirteen years.

Oblivious.Robot
Well, I personally do hope that they bring in their A-Game with the iPhone 7 or else the decline is imminent.
I mean c'mon, it's only matter of time until people feel being ripped off by 16GB/HDD/100$Pro/iHump over internal battery/Bigger/Smaller/ etc.

-
But of course this is just a personal opinion, and not meant to offend anyone who loves the company dearly.
Edit - I was cautious and even did say "decline" and not **** "doomed". -.-
Score: 8 Votes (Like | Disagree)

haydn!
Why are people shocked? Apple pretty much said this was going to happen. iPhone sales will still be higher than 2014, but lower than 2015 because 2015 was a blockbuster year triggered by huge amounts of interest in a larger screen.

Also, new products weak? They're not even included in Q2 reporting (Jan to March) so we don't know anything about those yet.
Score: 3 Votes (Like | Disagree)

I guess it can be interpreted that way, which isn't as dire because it appears some of those chips included in the SE were made months ago.
Score: 1 Votes (Like | Disagree)

Floatingworks
There seems to be some discrepancies in this report:

1. Didn't the quarter end on the 26th or 27th? The first SE devices will arrive on the 30th or the 31st. Most shipping is 2-3 day or next day. How can any significant amount of SE sales be recorded in the March quarter?

2. The 3 largest Chinese online retailers had 3.4 million orders by the end of the first weekend of preorders. Additionally, the number of views on the Chinese Apple website increased as much as it did when the 6s was released. So, obviously there is decent demand in China. I think the total estimated sales of 4-5 million units in the June quarter is way off the mark.
Score: 1 Votes (Like | Disagree)

Well, I personally do hope that they bring in their A-Game with the iPhone 7 or else the decline is imminent.
I mean c'mon, it's only matter of time until people feel being ripped off by 16GB/HDD/100$Pro/iHump over internal battery/Bigger/Smaller/ etc.

-
But of course this is just a personal opinion, and not meant to offend anyone who loves the company dearly.

Unfortunately you are right in this matter. Apple not really leads the way in innovation and design anymore - you forgot the camera-wart.

By the way, I do love Apple, that's the sadness in this.
Score: 1 Votes (Like | Disagree)
Read All Comments

Friday May 29, 2020 12:36 pm PDT by Juli Clover
There are tons of hidden features and shortcuts for Macs that Apple has built into macOS over the years, ranging from shortcuts to keyboard commands to other little hacks to make Mac usage just a bit simpler. In our latest YouTube video, we highlighted several of these tips and tricks, and some of them might just be new to you. Subscribe to the MacRumors YouTube channel for more videos. Tr...
Read Full Article • 70 comments

Thursday May 28, 2020 3:47 am PDT by Tim Hardwick
An Apple File System bug has been discovered in macOS 10.15.5 Catalina that can prevent users from making a bootable clone of their system drive, according to the creator of Carbon Copy Cloner. In a blog post on Wednesday, software developer Mike Bombich explained that the CCC team had uncovered the issue in the Apple File System, or APFS, when attempting to create a bootable backup in a...
Read Full Article • 161 comments