Just a few days after releasing the iOS 9.3 update, Apple stopped offering it to a selection of older devices including the iPad Air and earlier and the iPhone 5s and earlier due to an activation issue. When the update was pulled, Apple promised to release a new version of iOS 9.3 shortly.

Apple today made good on that promise and has released a new version of iOS 9.3, build 13E237, which is now available for all iOS 9 users with older devices as an over-the-air update or through iTunes. Customers with older devices who had not yet updated to iOS 9.3 will be able to do so now. 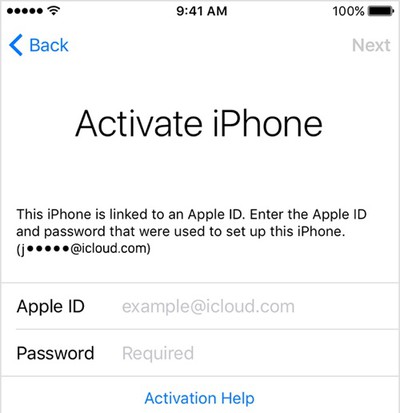 With the first version of iOS 9.3, people with older iOS devices were required to input the Apple ID and password used when originally setting up the device. If the account information could not be recalled, the activation process could stall, rendering the devices inaccessible. To prevent users from installing iOS 9.3, Apple stopped signing the update for several older devices.

Following the release of the new build, Apple has resumed signing iOS 9.3 and the update now asks for current the Apple ID and password linked to the device instead of the original information.

On Thursday night, Apple issued an updated version of iOS 9.3 specifically for the GSM iPad 2, which was afflicted with a separate activation bug that prevented the device from communicating with Apple's activation servers.

mountain
Rule #1 - shouldn't update right away and wait until users report back :)
Score: 12 Votes (Like | Disagree)

Dilster3k
7 betas. 7 betas in and this version is still leaking with problems...
Score: 11 Votes (Like | Disagree)

The major bug was known to Apple two days ago; they should have fixed it within 24 hours.

The major bug was known to Apple two days ago; they should have fixed it within 24 hours.

Why haven’t you switched platforms yet? You’ve been on the rag about Apple forever it seems. Why keep using a platform you despise from a company whose CEO you despise?
Score: 8 Votes (Like | Disagree)

lkrupp
Reading comprehension seems to be a serious issue for MacRumors commenters, as well as remembering the past.
Score: 6 Votes (Like | Disagree)
Read All Comments

Wednesday July 8, 2020 9:35 am PDT by Joe Rossignol
Despite multiple reports indicating that Apple will not include EarPods or a wall charger with iPhone 12 models this year, one analyst believes that pricing will still increase slightly compared to the iPhone 11 lineup. In a research note provided to MacRumors, analyst Jeff Pu forecasted that iPhone 12 pricing will start at $749 for a new 5.4-inch model, an increase of $50 over the base...
Read Full Article • 232 comments