The seventh OS X 10.11.4 beta, build 15E64a, can be downloaded through the Apple Developer Center or via the Software Update Mechanism in the Mac App Store. The update is also available to members of Apple's public beta testing program. 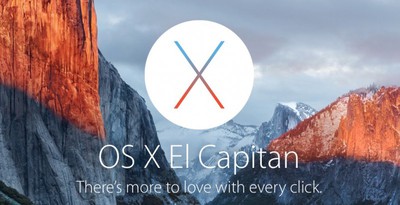 OS X 10.11.4 offers a couple of new features, such as Live Photos support in Messages, the ability to password protect notes in the Notes app, and an option to import notes from Evernote, but like the recent OS X 10.11.3 update, it appears to focus primarily on under-the-hood bug fixes and performance improvements. Almost all of Apple's OS X updates to date have been smaller updates that improve performance rather than introduce new features.

We'll update this post with any features or significant changes that are discovered in the seventh beta of OS X 10.11.4. OS X 10.11.4 is likely to see a spring release alongside iOS 9.3, tvOS 9.2, and watchOS 2.2, with the new software coming as early as March 21, the date of Apple's planned spring event.

garirry
I know this horse has been beaten to death already, but please Apple, add the missing features back in Disk Utility!
Score: 14 Votes (Like | Disagree)

JesperA
It surprises me that we still have no swipe gesture in Finder, would be so nice to have swipe left and right for navigating forward and back in the folder hierarchy/history, the same way we do in webbrowers etc.
Score: 10 Votes (Like | Disagree)

If MR's information is true in regards to MP...I would be slightly be excited. How many betas does Apple to release just to release the official? Apple appears to lose confidence in themselves.

Confidence doesn't fix bugs. Testing with as many people as possible does.
Score: 9 Votes (Like | Disagree)

It's for the same reasons I'm also again a fixed release schedule. Apple releases new versions of OSX like clockwork every fall, but I disagree with that philosophy. I'd rather them release their stuff when it's ready as opposed to "release every fall" because that's what people expect. Who's with me on this?
Score: 9 Votes (Like | Disagree)

I know this horse has been beaten to death already, but please Apple, add the missing features back in Disk Utility!

Agreed. The current version of Disk Utility is a mess. They made it prettier at the expense of functionality. That is a weird thing to do on a system utility in my opinion.
Score: 8 Votes (Like | Disagree)
Read All Comments