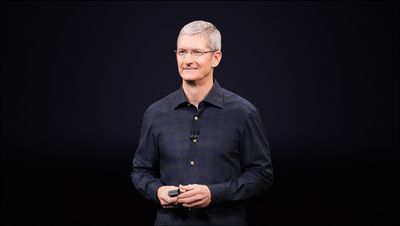 Bill Kristol, editor of The Weekly Standard and political commentator, wrote in an emailed report that much of the conference was haunted by "the specter of Donald Trump," with many attendees unhappy about his emergence and discussing how he gained his support.

"The key task now, to once again paraphrase Karl Marx, is less to understand Trump than to stop him," Kristol wrote. "In general, there's a little too much hand-wringing, brow-furrowing, and fatalism out there and not quite enough resolving to save the party from nominating or the country electing someone who simply shouldn't be president."

Some sources familiar with the meetings told The Huffington Post that the meeting centered more around how and why Trump has attracted support rather than how to stop him. The meeting included a presentation by Republican political consultant Karl Rove about focus group findings on Trump.

While Trump took up much of the conversation, the discussion eventually turned to encryption. Cook and Cotton "fiercely debated" cell phone encryption, and one source tells The Huffington Post that "Cotton was pretty harsh on Cook." Cotton's aggressiveness was reportedly hostile enough to make other attendees uncomfortable.

Since Apple and the FBI began their duel over encryption, Trump has criticized the company for its decision to oppose a court order to unlock the San Bernardino shooter's iPhone. The Presidential candidate has said that Apple should unlock the phone and called for a boycott on Apple products until the company complies, despite using an iPhone to tweet.

I don't agree with Trump and his policies, but I find it interesting the lengths to which important people are going in order to stop him from being president.

He may not be fit to be president, but at the end of the day it's a democracy and people are supporting him.

Hitler was democratically elected by a landslide.

Sometimes the people have no idea what's good for them.
Score: 82 Votes (Like | Disagree)

chriscrk
I don't agree with Trump and his policies, but I find it interesting the lengths to which important people are going in order to stop him from being president.

He may not be fit to be president, but at the end of the day it's a democracy and people are supporting him.
Score: 42 Votes (Like | Disagree)

Yes, and this salient fact seems to be lost on folks like Mitt Romney. Fact is the GOP needs to plan to honor the will of the voters.

The real tragedy is that the Republican party has created this mess themselves, by failing to fund the single most important aspect of the success of any country -- education of their children. Trump's primary audience are the "poorly educated". It's no wonder he loves them. And it's the quality of education received I'd question in those supporters who have college degrees and above. At this point they've made their bed by keeping their constituency in the dark, from questioning their overall agendas. And now they are paying the price for a poorly educated support base who are growing frustrated by following their anointed leaders into the abyss of unregulated banks and other failures of government.
Score: 28 Votes (Like | Disagree)

Thomas Veil
Trump is not the anti-politician we've been waiting for.

If he's saying stuff that the majority of us are thinking, then we are one sick society.

Trump is a way out of the establishment shell game in the same sense that blowing your brains out is a way to get rid of your headache.
Score: 26 Votes (Like | Disagree)
Read All Comments