According to TIME, the new ad campaign comprises 53 images from 41 amateur and professional photographers from around the world. Each photo shot on Apple's flagship phones is set to appear on billboards across 85 cities in 26 countries. 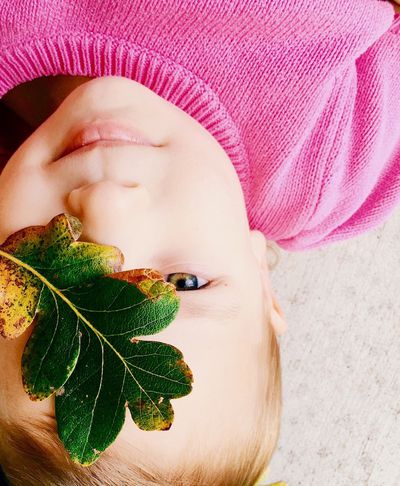 Shot on the iPhone 6s Plus and processed with VSCOcam (Photo: Erin Brooks)
The move follows last year's "Shot on iPhone 6" photography campaign, which featured a selection of filtered and unfiltered still images sourced from social media feeds. That campaign began with a gallery of photos on Apple's homepage, before rolling out across print media, transit station posters and billboards worldwide.

While the 2015 ads featured a range of photographic subjects from landscapes to extreme close-ups, this year Apple has chosen to focus on portraits.

One of the photographers featured in the latest campaign is Erin Brooks, whose portrait of her three-year-old daughter (above) shot on an iPhone 6s Plus was posted on Instagram and picked by Apple. Brooks told TIME:

I honestly couldn’t believe that they contacted me. Photography for me, has been a huge creative outlet. It has taught me so many things about telling a story with an image, capturing someone’s personality, and it helped me move out of my postpartum depression… Taking photos of my daughters, and their blossoming connection of sisterhood, helped me get well. I started to notice the pure beauty of my life, and connect with it, and with them, on an even deeper level.

The iPhone marketing push comes just weeks after Apple reintroduced its global "Start Something New" campaign, which features an online gallery of creative work made by artists using Apple products and apps.

Yeah because the shots in the commercials couldn't be shot on any other phone?

So no smartphone maker should advertise their camera because all smartphones have decent cameras?

The point is they were taken with an iPhone, not something else. These weren't special photographs Apple commissioned, they're curated from social media. All Apple's campaign is saying is look at the amazing photos people have taken with their iPhone.
Score: 17 Votes (Like | Disagree)

Who said that? I sure didn't. I would rather them focus on the features that make using an iphone different.

I think what they are trying to show is that the iPhone is as good as any other camera. Not that it is better than any other smartphone. They are doing this by showing people's photos versus spouting off specifications.
Score: 10 Votes (Like | Disagree)

DFierce
You can tell they're shot on a 6s from that ridiculous noise reduction. *roll eyes*
Score: 9 Votes (Like | Disagree)

Yeah because the shots in the commercials couldn't be shot on any other phone?

I must have missed the part in the commercials where they claim that those pics can only be taken on the iPhone. :rolleyes:
Score: 9 Votes (Like | Disagree)

So no smartphone maker should advertise their camera because all smartphones have decent cameras?

The point is they were taken with an iPhone, not something else. These weren't special photographs Apple commissioned, they're curated from social media. All Apple's campaign is saying is look at the amazing photos people have taken with their iPhone.

I thought the ad was basically saying - hey, you don't need a seperate point and shoot or an SLR to take great pics. The camera you already have in your pocket is great.

Onther message I think it sends is - hey, instead of spending money on a camera, spend money on an iPhone and you get a great camera as a bonus.
Score: 8 Votes (Like | Disagree)

I7guy
I like the focus on the art of photography, rather than pixel peeping and test scores. Good move Apple.
Score: 6 Votes (Like | Disagree)
Read All Comments