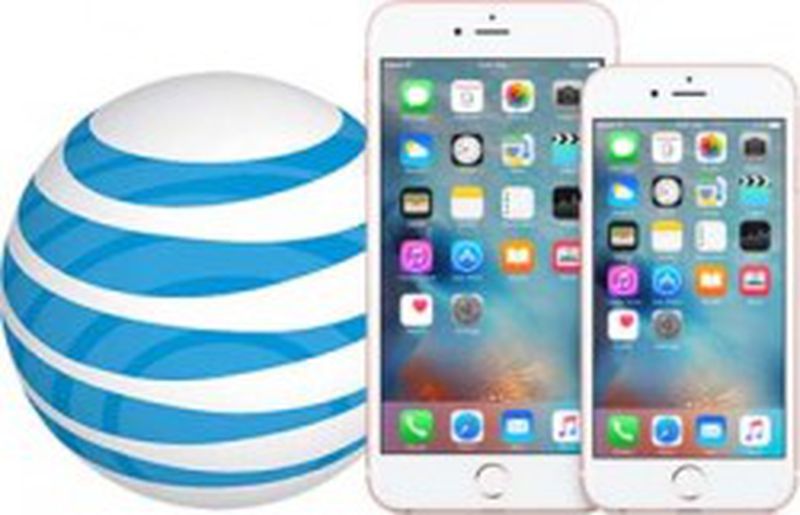 AT&T today announced the first new unlimited data plan possibility for its customers since the company removed the option over five years ago. Officially starting tomorrow, AT&T users who already have or decide to add AT&T DIRECTV or AT&T U-Verse onto their plan can choose to opt-in to an Unlimited Plan, "offering customers more data to use for watching video, playing games and surfing the web on their mobile devices."

"Our new unlimited plan is our best offer yet. It’s the perfect reward for our valued customers who like to take advantage of our integrated offers of TV and wireless services,” said Ralph de la Vega, CEO of AT&T Mobile and Business Solutions. “Video traffic continues to grow on our network as fast as ever because people enjoy viewing their favorite video content on their favorite devices.”

As it does for current grandfathered customers, the new Unlimited Plan offers unlimited data, talk, and text to its users instead of a month-by-month data allotment. The pricing for the plan begins at $100 per month for the first smartphone, with additional devices costing $40 per month, although the fourth phone can be added at no additional cost. The company noted that today's announcement is the "first of many integrated video and mobility offers" coming to AT&T customers in 2016.

AT&T also noted that DIRECTV and U-Verse customers who don't yet have an AT&T wireless subscription can get $500 in credit when beginning the new Unlimited Plan, with one of the company's eligible trade-ins that would go towards the purchase of a new phone on AT&T Next. The alternative is also an option, with AT&T wireless subscribers able to add a new TV package starting at $19.99 per month for a full year after signing a 24-month agreement.

Read More: AT&T to Raise Price of Grandfathered Unlimited Plans From $30 to $35

cmChimera
So, basically, all that stuff about unlimited being impossible and degrades other people's service and blah blah was all horsesh*t.
Rating: 17 Votes

The old $30 plan was ONLY the data. Text and talk was extra on top of that.

This encompasses all of that.
Rating: 9 Votes

I know many people who work for AT&T, both on the corporate, as well as the retail side. Everything that AT&T comes out with includes a big disclaimer.

2) Combined Billing - You do NOT need to combine your DTV/Uverse TV bill with your wireless to be eligible.
In fact, don't combine your bills at all because the $120 of savings you'll receive after a year isn't worth the time or headache you're about to endure in trying to have anything serviced on your account. Just don't do it. BTW, to officially do this, you must call in. The account holder name on each account must be the same to be combined or get this unlimited data plan.

4) The fourth line becomes ''free'' after two months of paying for it. The eighth line will not free as well- only the fourth.
(I think that's crap, btw- oh and it'd be better if they just made the fourth line free from the beginning)

That means it's $220 per month for four lines unlimited everything. BEFORE Taxes, BEFORE insurance, BEFORE NEXT Installments (No NEXT savings on service costs with this plan. Assuming you're financing a $650+ Apple device on a NEXT plan, It's as if your paying for a 2-year contact AND a next plan at the same time).

5) Fu** DirectTV. Can anyone guess why AT&T spent so much money acquiring a dead TV service that doesn't work well in bad weather when they already had a ''fiber-optic'' service in which BOTH TV and internet service runs through?

6) The iPad Air 2 for $99 is a good deal, but understand that you must order DTV with it. Also, it's a two-year commitment of having it as a connected LTE tablet. That incurs a nonnegotiable $45 one-time activation fee on your next bill, as well as $10 a month for two years. So essentially, you're paying $99 and tax up front + $45 + $240. It's still decent deal considering it's the cellular enabled iPad that WILL have access to data for two years, but you'll end up paying within $200 of that actual MSRP.

Despite everything I just said, I'm unbelievably happy with my wireless service (the only service AT&T should offer imo) from AT&T. If you have a sick deal on a MSV plan with over four devices like myself, AT&T is actually the bang-for-your-buck carrier. Oh and the carrier-locked version of the iPhone 6s that AT&T offers is the same model number of the ''factory unlocked'' version that Apple sells. So assuming you unlock your interest-free-finacned AT&T iPhone 6s when you're eligible (easy to do actually), then expect to be able to use it with near full support on many other carriers here.


I have a few things to say about DirecTV, their not a dead TV provider, or dying, and 2. they don't go out every time it rains or snows, I live in the upstate NY area where we get massive storms, and I have DirecTV, and guess what, I hardly lose it, I was at my dad's this past sunday, which he has Time Warner, and it stormed bad, and guess what? the cable completely went out, while my Satellite didn't. So whoever likes to spew that crap about Satellite going out, is dead wrong. I've been with DirecTV since 2006, and I lose it maybe 3-5 times a year at most, when I had TWC I lost it more, and I currently have TWC for internet since there is no other option in my area, and guess what it sucks, and I have the highest internet plan in my area, and it goes out every night, and every day it's slow as hell.

Also I tried to use a hotspot off my iPhone and it worked on my Mac, not sure if it will continue(Yes I upgraded to the unlimited plan too).


One last thing, if any thing is dying it's cable, they have outdated technology, and oh guess what, they get their channels from a satellite dish as well, only you don't need a dish like Satellite customers do. Not trying to be a jerk, just sick of people saying crap that isn't true.
Rating: 5 Votes

joshuaclinton
Hopefully this means that grandfathered plans are here to stay. I figured they'd push us off after ending the two year contract renewals.
Rating: 4 Votes

techiegirl
They're only going to throttle you in congested areas. I'm on the grandfathered unlimited data plan that also throttles at 22gb. I've consistently gone over 22gbs every month and have only been throttled once and it was only for a brief period of time.

It's still "unlimited" but once you reach 22 GB, they might throttle you... good luck getting much more data after that for the rest of the month.

SandboxGeneral
I gave up my unlimited plan a few years back and went with the 3 GB option because I wasn't using much data. Then they upgraded the allotment to 6 GB and then later on introduced the data roll over plan. So as of right now, I have just over 10 GB of data I can use for this month.

When I look at my usage history going back to October 2015, I'm averaging 1 GB of data usage.

So at this point, I still don't need unlimited data (whatever their definition of unlimited is).
Rating: 4 Votes

So, basically, all that stuff about unlimited being impossible and degrades other people's service and blah blah was all horsesh*t.


You know when you can tell if AT&T is lying? Their mouths are moving.

Seriously, people got all up in arms about TMOs Binge On, saying it's bad for net neutrality (and it's not). But crap like this is what is really dangerous for net neutrality. The AT&Ts and Comcasts of the world, who own internet services and content provider services, and use their leverage in one to give preferential treatment to people who subscribe to it, and hose those who have no need for it.

This is why I believe we should do the same thing to companies like Comcast and AT&T that we did to electric companies and gas pipelines: Declare their internet service companies as common carriers, and force them to run those companies as separate entities, with no preferential treatment to customers of their own subsidiaries. These scumbag companies have the best of both worlds. They get to operate as de facto monopolies in most of the places they service, while not having to live with the regulatory ramifications of being a monopoly.
Rating: 3 Votes

PCtoMAC1
I find it hilarious that all of the people that called people with unlimited data plans "idiots" are creeping out the woodwork now hoping to get said plan.
Rating: 3 Votes

hetrigger
I have seen stuff about the idea of "unlimited" to them...22gb divided by 4 is not enough...
Rating: 3 Votes
[ Read All Comments ]